A 1983 batch Bihar cadre IPS officer, the current DG and IG of Gujarat, Shivanand Jha has had a long and illustrious stint in the Police Department in Gujarat. He has held the post of State Head – IB, CP of Surat, JCP as well as CP, Ahmedabad. In a conversation with Satya Swaroop, Managing Editor –  The Protector, Jha shares his keen desire to improve policing in the State, bridging the gap between the public and the police, and greater participation and cooperation from both sides for a better and safer Gujarat.

What are the pressing issues before the Department, and what are the focus areas since you took charge?

Gujarat is a sensitive State from the internal and border security point of view. The international land border of 500 kms with Pakistan and 1640 kms long coastline needs continuous vigilance to protect ourselves from Pakistan-supported terrorism. Gujarat has a long history of public service oriented policing, and therefore, our main challenge is to promptly and proactively handle the problems faced by the common man. In addition to traditional crime and law and order problems, cybercrime is a big challenge in the context of Gujarat being an economically and industrially developed State. Organized crime has been kept under check through efficient intelligence collection and modern policing. Special units like Anti-Terrorist Squad (ATS), Special Operations Groups (SOGs) and crime branches of various units have the capability to deal with any organized crime in future.

The task is indeed cut out for the police as well as other agencies working hand in hand with the Force in keeping the international waters as well as border safe. Could you highlight how they are being administered? How well equipped is the Gujarat Police in dealing with terrorism?

Gujarat has been a leading State in creating costal and border security infrastructure. Coastal police stations have been created along the coastline, supported by costal outposts and check posts. Requirements specific to coastal security relating to manpower and technology have been met to equip Gujarat Police to face any challenge. The State has organized a comprehensive coastal patrolling using modern boats with the support of the Government of India. Work on the coastal training academy – National Academy for Coastal Policing (NACP) – is under progress at Dev Bhumi, Dwarka. Land border is effectively fenced and is being patrolled by BSF on 24X7 basis. The Gujarat Police and central agencies work hand-in-hand to respond to any threat from across the border.

Cybercrime is a growing menace in the country, with many cases being reported on a daily basis. What are the steps taken to handle such crimes? How technically equipped is the Force in dealing with this threat? 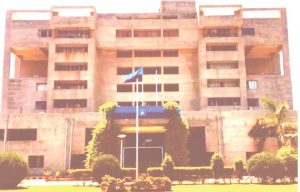 To deal with the menace of growing cybercrime, the Gujarat Police has developed well-equipped cybercrime units for every range. These units have well-trained personnel who use the latest technology procured under the Modernization of Police Force (MPF) Program. District units have created specialized units to check and prevent crime on social media. Awareness programs about cybercrime and social media issues are organized by these police units.

We have seen many businessmen as well as business houses and banks being exposed to frauds. This has become a big challenge for the police as well as cause a lot of distress for the common man. What, according to you, can be done to counteract such economic offenses?

Dealing with bank frauds is another big challenging area. The Economic Offences Wing (EOW) has been created at the State level under DGP (CID Crime) which has experts to effectively investigate such cases. Training programs are organized in association with financial institutions so that information and skill gaps are bridged effectively to counter economic offences.

Corruption always rears its ugly head in every Department. How can this be effectively tackled in the Police Department in general?

The Gujarat Police has taken a big step to introduce transparency and accountability to cut down the possibility of corruption in police functioning. The Anti-Corruption Bureau has been equipped with modern technology to detect and catch the culprits involved in corruption. Police processes which have interface with the public such as licensing, passport verification etc., are now technologically-monitored and a time limit has been fixed for completion of the process. This will help in reducing corruption and increase public satisfaction.

The police is one of the most hard-working departments. There are long, stressful hours, with safety and security being of utmost importance. Could you elaborate on the welfare measures you have initiated for the police and their families as well as a fitness regiment for the Force? 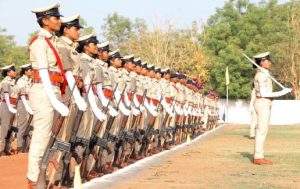 A large number of welfare schemes are being run by the Gujarat Police such as (1) Sewing Machine for Self-Employment (2) Medical Loan (3) Cataract Operation Loan (4) Rewards (5) Scholarship and Books (6) Health Check-up etc. Gyms have been set up in many police units and the fitness of policemen is being monitored at the State level. Medical camps are organized for the policemen on a regular basis. There is a functional Police Hospital at Ahmedabad City Police Headquarter.

Is there an improvement in the public perception of the police? What are the initiatives taken by you to improve public-police interaction?

Gujarat Police has initiated a comprehensive public outreach program to improve its image under the aegis of Surkhsha Setu Society. The Government of Gujarat provides sufficient funds under the scheme for various activities like Student Police Cadet, self-defense training for women, safety of senior citizens and other awareness programs.

Senior officers organize meetings with the public to seek their association to solve crime and law and order problems. Special emphasis is given to the weaker sections, minorities, women and children, and special cells have been created for them under senior officers so that adequate attention is paid to solve their problems.

In your opinion, could you list out the ideal qualities that a good cop should possess?

A good cop is supposed to uphold the Rule of Law with a human touch and a sense of responsibility and compassion for public service. He should conduct himself with

self-confidence, humility, and as a public servant who is supposed to serve the people.

Why did you choose to become a police officer? What, according to you, can a police job offer to drive and motivate educated youth into joining the Force?

The culture of my family and my natural inclination to serve the poor and marginalized drove me to join the Indian Police Service. It gives me an opportunity to help a victim, whose rights as a human being have been violated. Police service gives the opportunity to help a person on the spot and also help in delivering satisfaction as per law.

The very fact that lakhs of people are appearing at the recruitment for all ranks, shows that police service is an attractive job for young men and women. Even the number of women in the Force is increasing day by day.

May I ask you a few more questions? What do movies and TV shows get wrong and right about police work?

How do you de-stress from the job? What are your hobbies?

Good teamwork and proper time management are effective methods to keep the stress levels low. Whenever I get time, I play cricket and go for walks. I use the gymnasium on a regular basis to keep myself fit, in addition to a healthy diet regime.

What is the favourite thing about your job? What are the landmark achievements in your career? Who, in the Police Force, is your role model?

Police service is perhaps the best medium to serve humanity. I feel happy when I am able to meet the expectations of the people and the society as per Rule of Law. Protecting life and liberty of the people is the mandate given by the Constitution, and as Head of the Gujarat Police Force, I am committed to fulfil these expectations. Instead of naming any particular achievement, I would like to say that different roles assigned to me have given me opportunities to serve the people in different ways. Different segments of policing are complimentary to each other, and each of them is a means to serve people.

What is your message to the readers, especially youngsters, through ‘The Protector’ magazine?

Follow the law and cooperate with the police to make us serve you better.