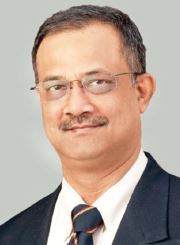 Keshav Kumar, Director, Anti-Corruption Bureau, Gujarat, is a much decorated 1986 IPS officer who has served in various capacities as Superintendent of Police in nine districts; Urban and City Policing; CID at the CBI, Delhi; Joint Director, (TFC Zone) CBI, Delhi, and Jt. Director, CBI, Mumbai. In a candid conversation with Satya Swaroop, Managing Editor, The Protector, Keshav Kumar shared about the various initiatives undertaken to make the Department dynamic and unbiased.

What are the new initiatives that are being planned by the Anti-Corruption Bureau in all ranges across Gujarat?

The new initiatives include getting a regular stream of law interns from the Gandhinagar National Law University and other law universities across the State to fortify the investigation legally and the prosecution wing of the Anti-Corruption Bureau. On the same line, the Government has been kind enough to allow forensic interns from Gujarat Forensic Sciences University where their services are used for fortifying forensic-based evidences, collection, and integration with investigation.

Special PPs: All important and impact cases are now being navigated by specially-appointed eminent special public prosecutors from the market as per their terms and conditions.

High Registration of Cases: The ACB has been focusing on impact cases and has therefore registered a good number of cases accordingly. We have now broken every previous record in registration. 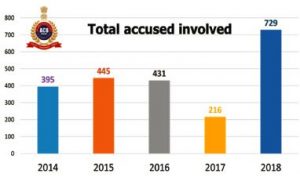 State of the Art Interrogation Room: A state-of-the-art interrogation room costing Rs 40,00,000/- is going to be constructed shortly at the ACB Headquarters with the help of Gujarat Forensic Sciences University and Gujarat Police Housing Development Corporation. The hallmark of the interrogation room is its integration with the facility of LVA (Layered Voice Analysis). The interrogation room will be a unique one-of-its-kind in the country. 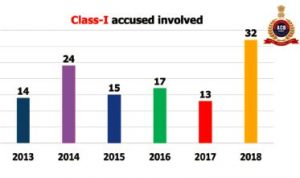 Forensic Interface: One reason for the low conviction rate was the paucity of forensic interface during investigation. SOP for collection of digital evidences and all other varied evidences have been circulated for implementation to all the field formations. The SOP is being upgraded as and when new issues crop up. Regular visits of investigating officers for forensic consultation to the Directorate of Forensic Sciences are being implemented in the cases. The consultations have been very rewarding. The statements of key accused are now being video-recorded at the Directorate of Forensic Sciences and Gujarat Forensic Sciences University. This has brought transparency in investigations. The Mobile Forensic Vans with forensic experts at all the Talukas in the State are pressed into service whenever required by the Anti-Corruption Police Stations. 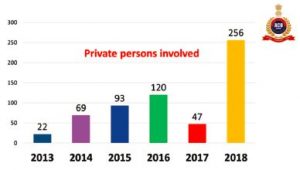 Following forensic, interface have been introduced in addition to the existing methods to improve the quality of tangible forensic evidences to ensure conviction like forensic psychoanalysis of the accused, psychological crime scene profiling, forensic statement analysis of the documents, polygraph, Suspect Detection Test (SDS) and Layered Voice Analysis (LVA) of the accused, mobile and computer forensics. 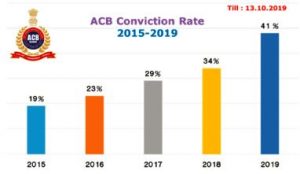 Through the Hon’ble High Court’s judgement, codifying rules and regulations for Voice Spectrograph has been mooted to the Home Department by the ACB. The ACB has also mooted a proposal for modification for preservation of Phenolphthalein Solution (Trap Solution) by amalgamation of hydroquinone with phenolphthalein powder for lacing the currency notes in ACB trap cases.

The Home Department has also proposed establishing norms for recording of statements on video to bring transparency while investigating ACB cases. We have requested the forensic science lab to establish facilities for face identification for us at the respective regional forensic science labs. Similarly, they have also been requested to establish facilities for Voice Spectrograph at the Regional Forensic Science Lab. We have also sought support from Gujarat Forensic Sciences University for forensic accountancy during investigation of ACB cases. The forensic accounting interns help in the processing of disproportionate assets, money laundering and benami transaction cases.

On the CBI pattern, the Government has also sanctioned the creation of TAFSU (Technical and Forensic Support Unit) for fortifying technical investigation of ACB cases.

Benami Cases: The ACB has filed six cases and reported them to the Income Tax Department to take action through the Prevention of Benami Transaction Act. This is the first time the ACB is in this virgin field.

Requisitioning of Chartered Accountants: We also agreed upon to focus on making impactful DA and benami cases in 2019. Hence, more emphasis is being made on locating officers against whom DA cases and benami cases could be made. 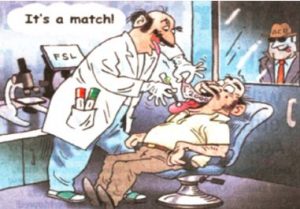 Investigation into such cases requires the support of Chartered Accountants to analyze financial transactions and its appreciation. Accordingly, a proposal was suggested to the Government for requisitioning the services of Chartered Accountants from the market. The ACB has been able to get the support of the government in this area on case-to-case basis. This initiative will certainly enhance the professional competence of the investigating officer while making DA and benami cases.

Requisitioning Revenue Officers: The ACB, has of late, been receiving many cases concerning the Revenue Department. We have been able to get the support of serving revenue officers of the rank of SDM to help us analyze the nitty gritty of revenue matters. This initiative has added teeth to the investigation of revenue-related matters. The Government has also made it a permanent feature for the ACB in the recent budget. 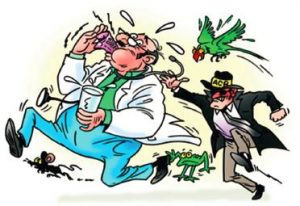 Training Programs: It was found that officers are always in the ‘Performance Zone’ and less in the ‘Learning Zone’. High emphasis is now being put on enhancing the knowledge base of  investigating officers. Accordingly, we organized training programs for ACB officers like Case Watch Police Constables for under-trial cases. The Assistant Director, Investigating Officers, LAs, were invited to share their knowledge. A document was prepared with regard to the roles and responsibilities of these Case Watch Duty Constables. During the said training, we also organized the first training on ‘The Prohibition of Benami Property Transactions Act, 1988’. As a result of this training, we were able to make the first case under Benami Property Act. This area is being strengthened.

Meeting with Registrar General of High Court: Regular meetings with the Registrar General of High Court are being held to expedite disposal of cases with updated facts and figures. Upon conviction, the DGPs and the PPs are being sent a commendation note. Judgments of convictions are being circulated to the PPs and DGPs for their information as well as implementing the good points of the judgments.

Coordination with CBI: Regular coordination with the CBI is maintained in terms of sharing of information and skill upgradation of the ACB Officers vis-à-vis knowledge sharing. The working of the ACB is being modeled on the best practices of the CBI Manual.

How has the public responded to reporting of corruption cases through the dedicated Whatsapp number and social media route adopted by ACB?

We have received tremendous and encouraging response from the public in this area.

What are the steps being taken to tackle instances of corruption and bribery, especially among government officials? 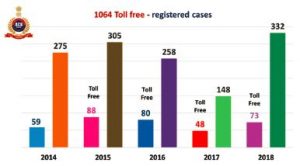 To tackle corruption and bribery, we have installed a toll free number -1064 – in the ACB. It works 24×7 and records each and every phone call related to corruption. The field formations are immediately contacted for further action. The following is the response through this toll free number.

Though the number of corruption cases reported is on the rise, inquiry into such cases is a rather slow process. Why is this so?

Yes, I agree that enquiry into cases is a rather slow process. One of the biggest impediments is the lack of forensic support especially with regard to the Voice Spectrograph investigation which takes a very long time for reporting. Lack of forensic experts is also another big impediment.

What are the steps being taken to bridge the gap between the citizens and Anti-Corruption Bureau so that citizens come forward to support the drive against fighting corruption?

The creation of the toll free number – 1064 – has been one of our biggest achievements. The Government has also earmarked a handsome amount to be paid as reward to those whose information leads to cracking and solving a case. Protection to the complainant is also being ensured by the Anti-Corruption Bureau.

Outreach Programme: Lok Darbars at the Taluka and District level are a regular feature of the ACB for outreach and awareness building programs. Protection to complainants is being provided. To facilitate quick registration of offences, the ACB staff visits the residence of the complainant and takes down the complaints. Departments are instructed to take care that complainants are not harassed for lodging complaints against them. The Government has earmarked a sum of Rs 25 lakhs annually to reward the informant for providing information leading to registration and conviction of disproportionate assets. Recourse is taken of radio, hoardings and electronic media for the outreach programme. A sum of Rs 1 crore has been sanctioned to spend on awareness-building measures. Complainants also get public recognition by the ACB at public functions organized by it.

Which are your memorable assignments so far?

I very fondly remember my stint with the Central Bureau of Investigation from 2010 to 2016 as Joint Director, CBI, at Delhi and at Mumbai. Handling an assignment with Interpol and Forensics was also very rewarding and memorable.

Do you think the existing laws are adequate to tackle corruption?

The laws are adequate, but more focus is required in the field of implementation.

How is the Department dealing with the issue of bribery cases among police officials?

A majority of the cases that are made against police officials are due to high public interface. We do not tolerate any staff being involved in corruption. The internal vigilance of the Department is being looked after by an Assistant Director, Nodal Officer. All complaints of this variety get immediately looked into, and appropriate action is initiated. When there are cases like these, we refer them to a division of a law enforcement agency that investigates incidents and possible suspicions of law-breaking and professional misconduct attributed to officers of the Force. It is thus a mechanism of self-governance, a police force policing itself.