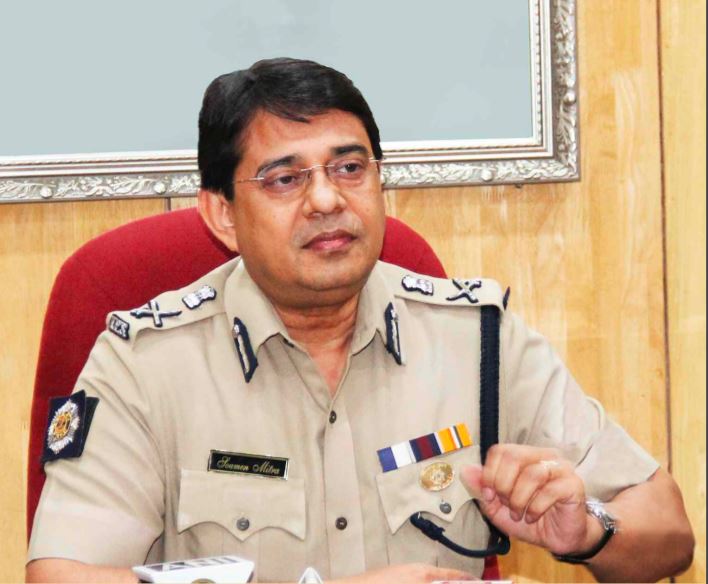 Soumen Mitra, the Commissioner of Police, in an exclusive interview to Anurag Sinha, Editor of the Protector Magazine, talks on a wide range of issues, including better policing, modernization of the police force and the challenges posed by the COVID-19 pandemic

A decorated officer who has been a true inspiration for the entire Kolkata Police force, what has been your experience in adapting to the changing trends of 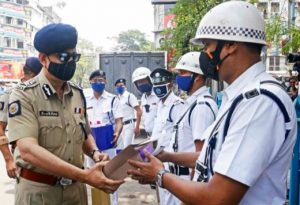 As a police officer, one is facing new challenges every day. The pattern of crime and the expectations of people are also changing. Kolkata Police, as a force, is trained to adapt itself to the changing scenario and I find that we have been able to do so quite successfully.

Which are the key areas you think need special mention in case of modernization of police force as the crime pattern has deviated a lot in the digital era? How is Kolkata Police upgrading themselves to set the tune in the entire police fraternity of India?

In the changing scenario, information – technology and computerization are the evolving fields. Crime in these fields is the new challenge. Kolkata Police is constantly equipping themselves not only in technology but also in empowering and upgrading our men to tackle these problems.

Through our community policing and outreach programmes, we are also educating people so that they do not fall prey to the new generation of law-breakers.

How has Covid presented a new ‘social’ role for the entire police fraternity? How is it different from traditional community policing?

Covid has, in the last couple of years, changed the lives of people in different ways. It has also affected police personnel and their families. Our experiences in community policing have helped us in reaching out to the various sections of our citizens when they needed our assistance the most.

Due to our acceptability, amongst the people and the service orientation of the force, we were able to serve the people successfully in Covid times.

Many psychologists have duly pointed out mental work out has to be given due importance along with physical work out. How is Kolkata Police looking into adapting mental health workouts to de-stress men and women in uniform?

Kolkata Police have constantly taken care of their own men, both physically as well as psychologically during normal times and more so during the challenging times of the last two years.

Peer counselling and empathy for our own men in these difficult times have helped us in coping up with the mental challenges that our men face. 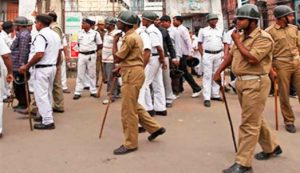 Policing the streets of Kolkata so as to give a ‘safer, faster and friendlier’ experience has been the goal of Kolkata Traffic Police. Since the city is a mix of old and new, no simple straight jacket solution can solve our problems. Just as IoT and AI are being adapted, the human aspect of police intervention will continue. Our aim is to harness new technologies based on our requirements and make it suitable for our city.

Historically, Kolkata boasts of rich legacy and heritage in terms of architecture of its buildings across various parts of the city. But restoring them hasn’t been easy for many. What according to you can be the best step forward in terms of legacy as well as safety of the inhabitants of the age-old buildings?

We are fortunate to be a part of the global architectural evolution and our city is an exhibition of this process. We are glad that Kolkata Police is the proud owner of many such buildings. It is our endeavour to protect them from destruction and to conserve them and make it usable. As far as other buildings are concerned, the system of “transferrable development rights (TDR)” should be introduced as a policy. This will go a long way in preserving the Built Heritage of our city.

Why is policing in Kolkata and West Bengal different from other states of the country?

Kolkata is a metropolitan city and its evolution over centuries has made it unique in all respects. Hence, a typical copy-book type of policing, which may be successful elsewhere, is required to be fine tuned to serve the people of this city. The consciousness level of the citizens and the value system that they endear are important parameters which are considered while policing Kolkata.

The state of West Bengal is popularly known as the state of law-abiding citizens, what kind of help and support Police force is getting from civilians in tracking crime? Please elaborate.

Kolkata has traditionally been helped by its conscientious citizens. They have always been a guide for the police force and we are very fortunate that we have such an enlightened and compassionate citizen to serve.

Would you like to add any new initiatives taken by Kolkata Police under your leadership?

There is no end to taking new initiatives to make our force more professional with a humane outlook. Our own men as well as the citizens are constantly thinking of betterment and small though firm steps are being taken every day which collectively aggregate to the betterment of our activities.

During the pandemic, news were coming from almost everywhere about black marketing of drugs and other important things like oxygen cylinders or concentrators. How the Kolkata Police managed to control these better than other 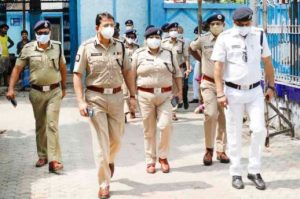 The extremely good rapport that we have with the community as well as the network of informers that has developed over several decades and the extremely good co-ordination between different branches of the administration have helped us in dealing with the problems that you have mentioned.

You are known as a very good author. Apart from writing, what would you like to do during your leisure periods?

I would like to improve the environment so that we can leave a better place for the younger generation.

During this long journey of policing, would you like to share any moment which is memorable and very close to your heart?

Every single moment in this long journey has been memorable and the experience and exposure that one has got, is indeed rewarding. 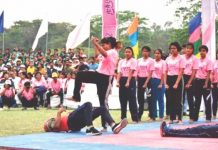