Though prompt filing of charge-sheet by police after thorough investigation is the key to the nailing of an accused, proper probe also plays an important role in the entire episode.

The alacrity with which the Homicide Squad of Kolkata Police filed charge-sheet in a murder case has led to the conviction of the accused. But credit goes to the investigation officer who used the DNA sampling method from the burnt cigarette butt to crack the blind murder case. It was for the first time in CFSL, Calcutta that a burnt cigarette butt was used for DNA profiling and also for comparison, in a murder committed in 2011 by Mili Pal alias Kajol and Ajay Sen alias Bapi. Kolkata police completed the investigation, and filed the charge-sheet before the Sealdah Court.

The scientific investigation used as evidence in the Ultadanga murder case made it a unique case. Exactly nine years and three months later, the Sealdah court sentenced both the accused – Mili Pal alias Kajol and Ajay Sen alias Bapi for commission of murder – to life imprisonment.

The duo – then aged 19 and 21 were also found guilty of voluntarily causing hurt while committing the robbery. Ajay was found guilty under section 25 (1b) (a) of the Arms Act as well and sentenced to five years of rigorous imprisonment. All the sentences will be running concurrently.

According to the case, businessman Md Salauddin of Bowbazar was shot thrice near tank 13 in Salt Lake on July 20, 2011, by the two assailants who also robbed him of his valuables.

Salauddin managed to drive to the Ultadanga police station despite being shot and able to reach at the ground floor of Police station before collapsing.

He had died while on his way to RG Kar Hospital and before his death the police only came to know that his name was Md. Salauddin and he was shot near tank no. 13 of Salt Lake City on that very morning. The cops found a burnt cigarette butt inside his car with others incriminating articles and kept said butt as crucial evidence. The Homicide wing of Lalbazar took up the probe and arrested the duo four days later from a village at Murarai in Birbhum. The cops recovered an improvised 9mm weapon from the residence of Sen and which was matched with the bullet found inside the body of the victim and the empty cartridges found in the car Pal broke down during grilling and confessed that they had murdered Salauddin because he was trying to make relationship with her and also they had an intention to rob off as they knew that the victim was a rich man. The vital clues came from a bar located on VIP Road, Kolkata.

According to report, on 20.06.2011, around 05.15 hours one person came at the main gate of Ultadanga PS, Kolkata in his Honda-City car and reached near the ground floor staircase with gun-shot injuries. He sought help to be taken to a hospital.

The sentry on duty and other police personnel of Ultadanga PS rushed to him and asked his whereabouts.

While being shifted to hospital, he disclosed his name as Md Salauddin, of a resident of C. R. Avenue near Lalbazar and he was shot near tank no. 13 of Salt Lake City on that very morning.

Cell-phones, wallet, a gold chain, various other documents of the victim were found missing.

After autopsy, the surgeon opined that death was due to effects of gun-shot injuries, ante-mortem and homicidal in nature.

During the post-mortem examination, the autopsy surgeon extracted the bullet head from the body of the victim.

During investigation, the Honda-City car was seized and several articles, blood samples, two empty cartridges; a cigarette butt etc. were recovered from the car. Experts of the Forensic Science Laboratory, Govt. of West Bengal also examined the vehicle. Subsequently, the investigation was taken over by Homicide Squad, DD.

Almost all the robbed articles were recovered and the individual statements of the accused were also taken from their place of arrest. On 30.06.2011, according to the statement of Ajay Sen one country-made pistol with a magazine used in the instant murder case containing two live cartridges was seized from his residence i.e. 108 D.C. Mitra Street, Kolkata-06 and. Ajay Sen identified the weapon used in the offence.

During investigation, it was also revealed that the victim Syed Md. Salauddin, being the member of Devils’ Disco, Spice Garden- situated at Teghoria on VIP Road, Kolkata used to visit the place regularly. He came in close touch with Mili, who was actually a sex worker of red-light area, known as Sonagachi, Kolkata, at the Disco.

They met on several occasions. Seeing the affluence of the victim, Mili along with his boyfriend Ajay Sen hatched a plan to rob him and went to the Disco on that fateful night.

Ajay hid himself near the said Disco and waited for Mili’s call. In the late hours of night, Mili and the victim came to the Honda-city car from the Disco and the victim proposed Mili to come along with him for a long drive.

Mili told him that she would go along with him only when he would allow her boyfriend Ajay to accompany them.

The victim agreed to the proposal of Mili. Accordingly, they all boarded the car. After moving to various places, Mili and Ajay requested the victim to drop them at Salt Lake City.

Accordingly, the victim took them to Salt Lake and when they reached Tank No. 13, Ajay brandished his pistol and told the victim to hand over the entire valuables to him. The victim handed over his mobile phones, valuables and money to Ajay and tried to get down from the car. In the scuffle, Ajay shot at the victim thrice and fled away from the spot with Mili along with the robbed articles.

Both the accused made confessional statements before Ld. Magistrate U/s 164 of Cr. P.C. and they were also identified by several witnesses in Test Identification Parade.

The charge sheet was submitted within the stipulated period. Trial of the case was held before the court of Ld. ADJ, 2nd Court, Sealdah, South 24 Parganas. During the course of trial, 39 prosecution witnesses were examined in full. 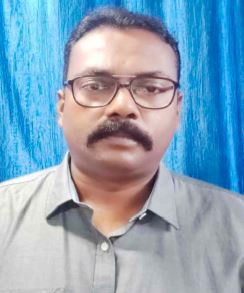 All the sentences will run concurrently. The eminent Special Public Prosecutor Shri Sisir Ghosh had conducted the trial. SI Atanu Majumder of Homicide Squad, DD was the Investigating officer of the case.

This particular murder case had created enough sensation in the minds of law abiding citizens of the country. A businessman after a night out with his girlfriend was murdered by the girl and her boyfriend with an ulterior motive of gain.

In this case the performance of SI Atanu Majumder (I.O of the case) is praiseworthy as he had collected evidences from Kolkata, Salt Lake, Teghoria and other parts of Bengal and was able to prepare a list of evidence resulting in successful implication of the accused in the gruesome murder case had been ended in to a conviction. Apart from the arrest of the accused persons from a distant place from Kolkata by using his intelligence network, he had also incorporated the scientific evidences to connect the accused persons with crime in to the instant case.