The filing of charge-sheet by police after thorough investigation is the key to the nailing of an accused. The alacrity with which the Kolkata police file charge-sheets help the Ld. court in the delivery of justice.

In a gruesome murder committed by Satya Saha and Nandita Saha, the Kolkata police completed the probe, and filed charge-sheet in record time to before the the Ld. Court and subsequently the case was tried by Ld Additional Sessions Judge 2nd Court Sealdah, South 24 Parganas, leading to their conviction.

Both Satya Saha and Nandita Saha were found guilty of the crime by the Ld. court. Satya was sentenced to death and ordered to pay a fine of Rs 20,000, and in case of default, he will have to undergo rigorous imprisonment for two years or till the date of execution of death sentence.

The honorable court also awarded life sentence to his wife Nandita Saha for helping Satya Saha in the murder. A fine of Rs 20,000 was also slapped on her.

According to a report, on December 14, 2008 around 9:35 am, Ultadanga police station received a phone call from a person named Badruddin Sahid that he saw the body of an infant lying in a nylon bag near canal East Road, Ultadanga.

After receiving the information, the Ultadanga police team rushed to the spot and found a nylon bag lying in dust with two legs protruding out of the bag. A blue sheet was also found near a nylon bag. Police recovered the lifeless body of the boy from the bag. The boy’s mouth was tied with a towel. The police promptly brought the boy to the hospital where the doctors declared him dead. The boy was later identified as Indrajit Saha, younger son of Bidyut Saha.

After preliminary investigation and postmortem report, it became clear that it was a planned murder.

Bidyut Saha, resident of Suren Sarkar road of Beleghata in Kolkata, identified that the body was of his younger son Indrajit Saha. He also lodged a complaint that his wife was also missing.

The same day in the afternoon, the body of a woman was found with nylon rope tied around her neck with head injury inside jute sack inside a bush near Durgapur Expressway service Road under Chanditala PS jurisdiction, Hooghly district.

A case was registered at Hooghly’s Chanditala police station and investigation began in this case. Later, it was identified that the body was of Bulu Saha, the wife of Bidyut Saha. Though the bodies were found 30km apart, the police through scientific probe came to the conclusion that in both the cases the accused was the same.

Undoubtedly, this was a pre-planned, gruesome, cold-blooded murder.

The postmortem report proved that Bulu Saha, just like Indrajit, was also suffocated to death.

Both were killed in the same manner and bodies disposed of in same way in two different places to mislead the police. The Kolkata Police’s Homicide Squad department sought the court permission to merge the cases registered under Ultadanga police station and Chanditala police station as the offence of murder was committed under their jurisdiction.

After taking over the probe, the Homicide Squad department arrested one of the main accused Nandita Saha.

Both the brothers Bidyut and Satya used to live under the same roof with their mother, wives and children. Bidyut had two sons with the elder son aged 3 years and the younger one Indrajit was one and half years old.

Satya and Nandita had only one son. Both the families frequently quarreled over the possession of the house. Their fight reached a point of no return leading to the cold blooded murder of two.

Three days before the killing, both the brothers were involved in a heated exchange and they rushed to Beleghata police station to lodge complaints against each other.

On the day of the crime, Bidyut had gone outside for some work while Bulu was sleeping with her younger son and the elder son was sleeping in a nearby room.

Meanwhile, Satya and Nandita entered the room and killed both Bulu and Indrajit by suffocating them. As a professional killer, they packed the bodies and dumped them at different places to mislead the police.

A total of 46 witnesses’ statements were recorded in more than 10 years long trial. The Learned Trial court awarded capital punishment to Satya Saha for the murder. It also slapped a fine of Rs 20,000 on the accused. The court also awarded seven years imprisonment and Rs 2,000 fine for attempting to destroy evidence. If the accused failed to deposit the fine, he has to spend one year more imprisonment before the execution of capital punishment.

The Learned Trial court also awarded life imprisonment to Nandia Saha for her involvement in the murder. A fine of Rs 20,000 was slapped on her for failing to deposit the money; she will have to spend two more years behind the bar. Besides for her attempt to destroy the evidence, the court ordered three years of imprisonment and Rs 2,000 additional fine. Nandita will have to undergo six additional months of imprisonment if she fails to deposit the amount. All the sentences will continue to run simultaneously.

After a prolonged and excellent investigation by the officers under the able guidance and supervision of OC Homicide, the culprits were nailed for their crime. 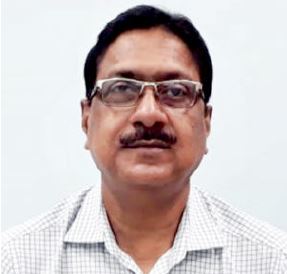 Atanu Bandyopadhyay, Assistant Commissioner of Police, (Intelligence) Detective Department, the then OC Homicide Squad, said: “This case is involved with several places in Kolkata and Bengal. The place of occurrence was Suren Sarkar Road under Beleghata PS jurisdiction while the body of the kid was found in Ultadanga PS area. But the body of the woman was found under Chanditala PS area Hooghly (West Bengal Police jurisdiction) where a separate case was registered. Subsequently, the Chanditala PS case was merged with Ultadanga case. From the above circumstances, it is clear that Investigating Officer 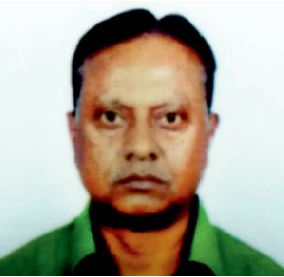 Sub-Inspector Rajib Acharya had worked very hard in collecting the evidences from various places of Kolkata including distant place Chanditala.”

The officer using his intelligence connected the dots by collecting evidence and submitted the chargesheet before the court which pronounced the judgment. During the course of trial, the IO also kept close and constant touch with Ld. Spl. PP in-charge of the case for smooth progress of the trial, even after his superannuation.

“Considering the fact of the case, it can be clearly said that it was an outcome of greed of a man and his wife that they hatched a plan to kill an infant and his mother, though they were their close relatives. The incident had hogged the headlines in the front pages of almost all leading dailies and electronic media. It had created fear in the minds of peace loving citizens. Cracking the case and restoring the faith in the justice system had become a challenge for the investigating agency. The judgment passed by the Learned trial court is also a reward to the investigating officer for his perseverance, acumen and hard-work.”