Recent studies have led to findings that Internet addiction is on the rise among children who show an increase in signs of depression and anxiety.

Among the several threats to children online, the most common are sexual exploitation, child pornography and cyberbullying. According to a survey conducted by the Ministry of Women and Child Development in 2005, 53 per cent of the children in India were reported to have been sexually abused.

There are specific laws in India to protect children on the Internet such as a law prohibiting child pornography and sexual harassment.

(i) Child Pornography Section 67B of the IT Act, 2000 expressly prohibits child pornography. If any person publishes or transmits material depicting children in sexually explicit acts in electronic form or creates images text, calls, seeks downloads, advertises, promotes or distributes contents that depict children in an obscene manner, such person is punishable with imprisonment for a term which may extend up to 5 years and fine up to Rs10 lakhs.

(iii) Cyberbullying – According to the Global youth online behaviour survey conducted by Microsoft 53 per cent of children between the age 8 and 17 in India were found to be  the  victims  of cyberbullying. 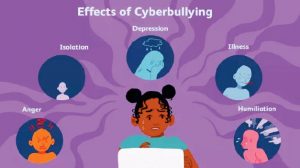 Most of these cyberbullying cases arise out of social media encounters covering 60 per cent of these cases, whereas, mobile phones and online chatrooms comprised the second and third category totalling 40 percent of such cases. Some commonly known forms of cyberbullying are happy slapping i.e. where a mobile or camera is used to record an incident where a child is being bullied and then circulated the same on social media. Trolling is another form of cyberbullying where abusing and hurtful submissions are made online on social media.

Rumour spreading is a form of cyberbullying where gossip is spread through email, pictures or other means. A girl child is most susceptible to receiving such threats online.

(iv) Photo Morphing – Photo morphing is yet another crime targeting children particularly girl children where harmless pictures of girl children are morphed into obscene pictures and circulated online. In one such reported incident, a girl of 17 years committed suicide as her morphed picture was uploaded on Facebook along with her phone number and she had started receiving obscene calls and faced harassment.

(v) Sexting – Sexting is sending of sexually explicit messages through mobile phones. Sexting is also quite common as cybercriminals entice children to create their own selfies having obscene content and mail them instantly.

(vi) Cyberstalking– Cyberstalking is yet another rampant problem where a cybercriminal closely follows or stalks a child’s activity online causing the child harassment or inconvenience. In one such case, a 14-year-old girl from Mumbai committed suicide due to cyberstalking wherein a boy had been posting her obscene pictures on her Facebook account.

(vii) Other cybercrimes – Among other rising crimes against children are online gambling enticing children into drugs, financial frauds targeting children through fake messages known as Phishing and injecting malware in emails, electronic files for breaching the privacy of children 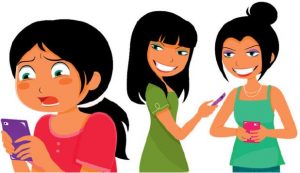 Children often watch DVDs or listen to music and use the pirated versions that could contain malware infecting the device used by them.

Identifying theft and hacking into online accounts are other rampant problems as fake profiles of children are easily created on Social Networks by imposters and cybercriminals. 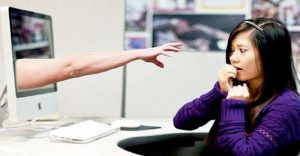 India is a signatory to the Convention on the Rights of the child, 1990 (CRC) and Optional Protocol on the Sale of Children, Child Prostitution and Child Pornography. India has also ratified the Universal Declaration of Human Rights and its Covenants, the UN Convention against Transnational organised crimes and the Protocol to Prevent, Suppress and Punish Trafficking in Women and Children, SAARC Convention on Prevention and Combating Trafficking in Women And Children For Prostitution and Convention on Regional Arrangement For Promotion Of Child Welfare In South Asia And The Convention On Elimination Of All Forms Of Discriminations Against Women. To implement its mandate the National Commission for Protection of Child Rights was set up to examine the complaints of violation of child rights in India. There are two Special Acts for the protection of children in India relevant to the subject under discussion.

(I)  Juvenile Justice (Care & Protection of children) Act, 2015 The J.J Act, 2015 implements provision of the Convention on the Rights Of the child which India ratified in 1992. The JJ Act was enacted in 1986 amended in 2000 and the present Act is of 2015. The second chapter of Act describes general principles of care and protection of children, Principle of presumption of innocence, dignity and self -worth, safety rights to privacy and confidentiality, natural justice amongst other principles. The third chapter of the Act provides for the establishment of the Juvenile Justice Board to decide juvenile justice-related cases. It provides for setting up of observation homes and special homes for children in conflict with the law. It provides provisions for adopting child-friendly procedures for adjudication of cases, recording of testimony and evidence of children in conflict with the law. For children who are victims of crime, it provides for special care and protection measures, rehabilitation measures apart from protecting the identity of a child. It also prescribes setting up of child welfare committees for the welfare of children. The new J.J Act, 2015 provides that juveniles between 16 to 18 years committing heinous offences can be tried as adults. This development was made after the Delhi (Nirbhaya) gang rape case. 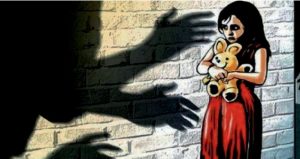 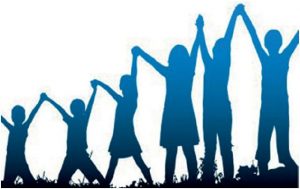