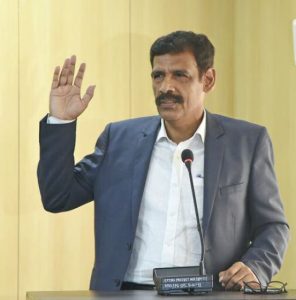 Roads are important thorough fares through which an individual reaches Point B from Point A, connecting kids to their schools, patients to hospitals, the working class to their respective stations, so on and so forth. Hence, it is of utmost importance that it flows uninterruptedly.

This is where traffic policing comes into play. Traditionally, the role of traffic police was one of ensuring smooth vehicular flow throughout the city but ensuring road safety is somewhat a new concept. Chief Minister Mamata Banerjee launched ‘Safe Drive, Save Life’ campaign focusing on responsible road behaviour and promoting safe driving practices. According to the statistics, there are about 1.5 lakh deaths per year due to road accidents and to curb down the numbers, she launched this campaign on July 8, 2016, at Nazrul Manch in the presence of personnel from Kolkata and West Bengal Traffic police and transport department. The Protector spoke to Deputy Commissioner Traffic (South) Vivek Sahay to know more about the progress of this campaign, its success and his take on the campaign. 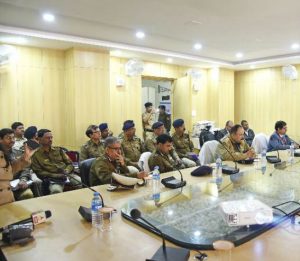 The officer started off by mentioning how the Chief Minister treated this as an emergency and launched the campaign on a war footing and in doing so, how she has put the issue of road safety in public focus. Sahay mentions that there is also the help from the Supreme Court monitoring committee to whom they have to report and compliance obligation as to the instructions given by the Supreme Court is concerned. It should be mentioned that the Supreme Court in the last meeting held in November praised the efforts of the state government on record for its performance in the “Safe Drive, Save Life” campaign.

The officer mentioned how the West Bengal and Kolkata Traffic Police have managed to bring down the number of road accidents and fatalities by using the available tools under this programme:

“We have been able to bring down road accidents by almost 17% and fatalities also by 17% to 18%. The target being 10% annually, we have done better than that. ”

In road safety there are four E’s — Education, Enforcement, Engineering and Emergency care. That is precisely why this campaign has multiple stakeholders. Emergency care has to deal with the health department, Engineering is concerned with mostly National Highways Authority of India and Public Welfare Department and the Traffic Police and Transport department is doing the enforcing. 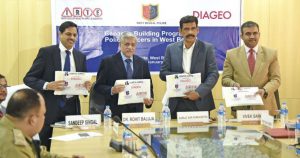 We have all seen the hoardings and posters around the city with the slogan of ‘Safe Drive, Save Life’, the officer reiterated the same and he explains that throughout the state every police station is conducting quiz competitions and debates in order to promote this drive. The police are using all the traditional media platforms and as well as new media to promote road safety and responsible driving. He also mentions how the traffic department is focusing on the four D’s –

One should not be drunk while driving.

One should not be drugged while driving.

One should not be drowsy while driving.

One should not be distracted while driving.

The police from this year onwards will focus on jaywalking and lane discipline in addition to wearing seat belts and helmets. Sahay said:“We have 20-30% accidents where pedestrians are the victim and our investigations have revealed that it is always the vehicle that is responsible”.

It is essential that the people understand the concept of road safety and how pedestrians are also a part of it and it’s not only about vehicles. Lane discipline is somewhat alien to the Indian driver, as we see in everyday traffic that people cut lanes as if it’s a fashion of some sort. This makes traffic management and road safety much more difficult.

In policing terms, a target is a reference to the audience or people who are on the receiving end of a policy but this year the police have decided to incorporate targets of this SLSD programme as partners.

The police will depend on and work with the community as for example if the teachers tell the parents, who have come to pick their kids to wear helmets then the police would be interested in making them partners and also if the kids tell their parents to wear seatbelts, he or she also becomes partner in this campaign. This community-driven approach will be the direction that the campaign will take in 2018.

Sahay mentions: “I want to mention our immense gratitude to the Transport Department for their generous financial assistance for procurement of traffic equipment and traffic furniture” 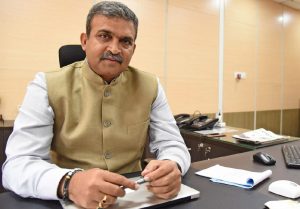 All these upgradations require a sizable financial assistance and the Transport department have been generous enough to provide that. As of now, the procurement has been divided into various parts. Mentionable ones are traffic uniforms like raincoats and umbrellas. Another one is traffic furniture like guard rails, spring posts and etc. The Department also has monitoring devices such as breathalyzers, Red Light violation detection cameras, number plate recognition cameras and laser speed guns and so and so. All these are very costly equipment and the Transport department is near about doubling their assistance every year. The Transport department has provided assistance to the traffic worth of up to Rs 50 crores, which is a very big amount.

The architecture of the state traffic

The entire state traffic safety infrastructure is headed by “The State Safety Council”, chaired by the Chief Secretary.

In this council, there are multiple stakeholders represented, such as Health department, PWD, Transport and Police. There is also district level safety councils, whose secretariat is now proposed to be the SP office. The officer explained that since a place is required and as there is already a predefined infrastructure existing in the SP office, it would be convenient and effective as well to make the office of the SP the secretariat for district-level safety council, despite its chairman being the District Magistrate.

The police are always engaging with the public and coming up with innovative ways to ensure road safety, one of them is during December and months when extreme fog becomes a serious problem, the police have put about 250 checkpoints and they are stopping vehicles to provide them water either to wash their face or to drink countering issues like drowsiness that drivers face in early hours of the day. This initiative has already saved about 100 lives. As the fatality statistics from December 2016 and December 2017 have shown, it is a great achievement because here is an opportunity in policing to save so many lives in one initiative. 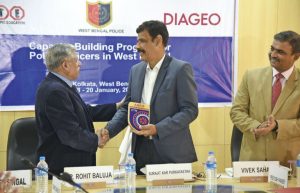 As far as highway patrolling is concerned, the department is now focused on capacity building and adding more highway patrol vans. In this endeavour, funds from MP LADS and assistance from the Transport department have resulted in building many watchtowers on the highways. The purpose of the watchtowers is to deter motorists from engaging in illegal activities and breaking traffic rules as the presence of police makes a huge psychological effect on the mind of potential law-breakers. The towers will have monitoring capabilities as they will be equipped with state-of-the-art cameras and they will be manned as well by traffic personnel. Around 20 towers are already built and the target is to build 100 such towers by the end of 2018. 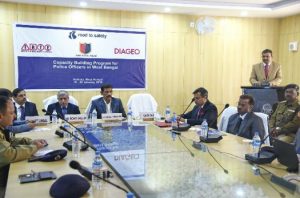 The DG has already expressed concern about the perils of stopping speeding vehicles at police checkpoints. Thus, the DG has plans to put about 42 camper vans which would be modified with a variable messaging system with NPR cameras on top by the end of 2018. This move would ensure the issues of police misconduct if any and also hit-run offenders at checkpoints as they would be in full view of the cameras.

The officer mentioned a regular grievance that the truckers’ association has put forth. It is too many irregular checking points within very short intervals by different government agencies prevail. The department is considering the idea of creating around 150 fixed checking points where vehicles can be safely diverted and stopped and checked. The department is also focused greatly on small vehicles conspicuity tapes so that even in low light and high fog conditions even the smallest vehicles like rickshaws and cycles are spottable.

The department has been collecting data on recurring accident spots and they term it as “Black Spots”. Whenever these Black Spots are identified, a team of traffic police, local cops and PWD officers visit them to investigate the reasons for it, also see if there could be a blind spot or a curvature problem in the road. Whatever the problem is, these teams resolve them and they do it continually.

These are just some the measures through which the “Safe Drive, Safe Life” campaign has been engaging with the public and reinforcing and reintroducing the concept of road safety to the citizens of the state. Though it will take time but it can be said with assurance that West Bengal police is determined to make the roads safe, leading the journey to attain fulfilment.