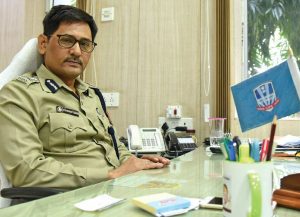 The world came to an awe as India successfully organized its first ever FIFA tournament last year. The extravaganza, later dubbed as the ‘most economic World Cup’ by many, was held brilliantly as the Bidhannagar Commissionerate went an extra mile to ensure peace and calm.

Talking about it, Commissioner of Police of the said Commissionerate, Gyanwant Singh (IPS), spoke on the commendable work of his forces and how they made it happen. 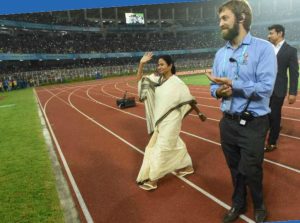 “This was a FIFA World Cup and we had to maintain international standards. The basic idea of this kind of tournament is to provide wholesale entertainment to the public and ensure hassle-free experience,” Singh said to The Protector. The Commissioner was vocal while talking about the priorities as he revealed: “Safety and security were issues of utmost priority,” before adding, “We had provided full security and full safety.”

The Vivekananda Yuva Bharati Krirangan or more commonly known as the Salt Lake Stadium was selected as the venue to host the final of the tournament. It also hosted some high-voltage matches of footballing nations such as Brazil, England and Japan. To ensure the safety of the visitors and spectators alike, the Bidhannagar Police took up a series of initiatives both inside and outside the stadium, which resulted in a smooth outcome at the end. 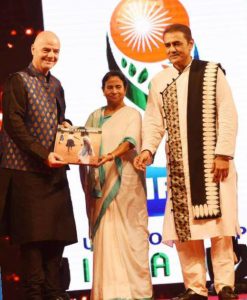 “The problem is to maintain a balance, to create a system through which people could reach their destinations safely. When they are inside the stadium, they are safe and if something untoward happens, provisions of evacuation should be ready,” Commissioner Singh pointed out.

Speaking about measures taken inside the stadium campus, Singh revealed that his forces took a number of technological help whereas volunteers also played a huge part in keeping peace intact. “Roughly 2,500 persons entered on every match-day other than the spectators. Each and every person was very thoroughly checked,” he said.

Unsurprisingly, huge number of police personnel was posted at the venue during the matches. However, those numbers put other festivities such as the Durga Puja in the city to shame as Singh revealed them.

Although massive number of police personnel was posted in front of each gate of the Salt Lake Stadium in the FIFA U-17 World Cup, the Commissonerate took an extra measure by frisking the incoming spectators for contraband during the match-days. Gyanwant Singh revealed that the Commissionerate took the effort to install Door Frame Metal Detectors inside the stadium campus to frisk the incoming spectators for metal objects.

“Those were the actual gates for us,” Singh revealed before mentioning the numbers of the metal detecting gates. “We created a 120 DFMDs.” Talking about other technological bits of assistance, Singh mentioned: “240 CCTV cameras with very high-end software were installed. We created a video wall and the resolution was so good that we were able to monitor each and every block, entrance even every person.

However large were the arrangements during the FIFA U-17 World Cup, the Commissionerate went back to its usual day-to-day operations as the tournament came to an end. With a large area of the Commissionerate’s jurisdiction coming up as a smart city, the Commissioner spoke about his forces and the community-connect in the said area.

“We have two-three special programmes. We have a programme called ‘Cops’. In this, an officer is assigned a block (the ward in some cases) who go to these places and communicate with the locals,” he said. He also pointed out: “Our idea is they will become part of the block and in this manner, they would also end up collecting information about the block.” 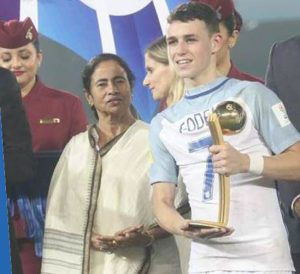 Keeping various age groups and women in mind, the Commissioner said his forces are also indulging in several other community programmes which have shown bright prospects nonetheless.

“For elderly persons, we have a programme called ‘Saanjhbaati’ and for young girls, we have ‘Sukanya’. We regularly organize blood donation camps as well. We also host sporting activities called ‘Bidhannagar Cup’ during the winters. Last year, more than 250 clubs participated in it.”

The IT hubs like Salt Lake and New Town have been a prized asset for the Bidhannagar Commissionerate. Being an IT area, it has witnessed a lot of cases associated with cybercrime in recent years, dealing with which has been a major challenge for the Bidhannagar police. 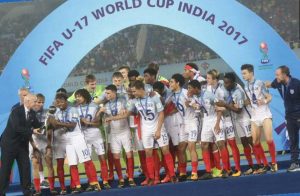 “Cybercrime police deals with very high-end cases. Unfortunately, it is happening in Sector V and New Town. Lots of bad elements have entered there,” Singh said before continuing. “They are coming up with new ideas every other day. Generally, their targets are foreigners.” The Commissioner also elaborated his force’s efforts to deal with the problem, as he revealed that the police have created a ‘database’ of several such companies which indulge in illegal affairs in the jurisdiction.

With all the efforts of the police, the Commissioner thanked the general populace of his jurisdiction for being an extended helping hand of the police. “The good thing is the public here I must say. They are very progressive,” he concludes.