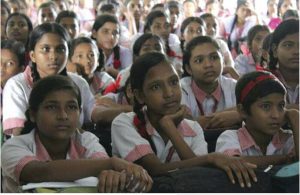 West Bengal Police have been fighting a tough war against human trafficking. But the threat still looms large and continues to haunt some of the bordering districts of Bengal. West Bengal Police over the years has undertaken a wide range of steps to combat this threat and achieved significant results.

(A) Discuss the problem at large

West Bengal shares long international borders with Bangladesh, Bhutan and Nepal. A range of socio-economic factors in the region is a cause of human trafficking across these areas, particularly with respect to women and children. West Bengal is both a destination and a conduit for trafficking in humans, many of whom face sexual exploitation.

The significant factors that currently facilitate it in West Bengal are: 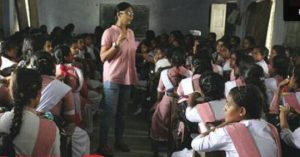 (B) Regulatory and enforcement measures rolled out by West Bengal Police 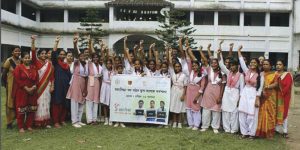 Statement of arrest and recovery in human trafficking cases of West Bengal:

(E) Inspiring stories of victims of human trafficking. How cops gave them a new lease of life

(a) Minor girl trafficked for flesh trade and rescued by police

On 22/03/2016, Ruksar Khatun (15+ years) (Name changed) was kidnapped by one Raju. Later this case was taken up for investigation by AHTU, CID, West Bengal. During the investigation, it transpired that the girl has been trafficked to Delhi and sold off there. Accordingly, on 26/07/2016 AHTU, CID team held raids at different areas of Delhi and after relentless efforts, they were able to recover the minor girl from the clutches of trafficker Firoj Ali and was also able to secure the arrest of the trafficker/ harbourer. Later on the first procurer/trafficker Raju, alias Mosaraf Laskar was also arrested after much effort.

After recovery, the victim was found to be in a highly traumatized stage. Her counselling was done with the help of an NGO. After proper assistance, she has now returned to normal life and is now learning sewing skills under the guidance of an NGO so that she can earn her own livelihood. She was also brave enough to identify all the traffickers in Test Identification Parade.

On 07/01/15 at 7.00 hrs, one KIRAN Kumari (16+) (name changed) of Baguihati, Kolkata, left her house for tuition and disappeared. Control of the investigation was assumed by CID, West Bengal on 25/02/2015. Mother of the victim girl informed that she had received a call from her daughter from an unknown number. It was found that the call came from Bijnor, Uttar Pradesh. A team of AHTU, CID, WB rushed to Bijnor and spotted the house, held raid but the victim had been already transported to another place. After proper collection of information, the CID team held raids at Kashipur Railway Station and was able to recover the girl. The victim was found to be in a highly traumatized state.

The victim girl was counselled properly and after that, she revealed that she was procured by one Rahul (unknown). He first procured the minor and reached Babughat, Kolkata. He left the girl alone there and she waited and another unknown person who came and told her that Rahul had sent him. That unknown person then trafficked her to Kashipur, Uttarakhand and sold the girl to one Kamal who then transported her to Bijnor, Uttar Pradesh. Chitra Sharma of Bijnor, UP, purchased the girl from Kamal, arranged a forceful marriage with one Bhisham Sharma who eventually raped the victim. She was kept confined at the residence of Chitra Sharma and then her son too raped her for two months. Later Chitra again handed over the girl to Kamal, in fear of the police. On the way back to Kashipur, Kamal and his accomplice Sushil took turns to rape her.

AHTU, CID, WB then held raids at Uttar Pradesh, Uttarakhand, Bihar and secured the arrest of six accused persons. The victim girl after proper counselling has now returned to the mainstream. She was brave enough to identify all the arrested accused persons in Test Identification Parade. The trial of the case has commenced and she accurately deposed before the court.