In her seminal 1969 autobiography “I Know Why the Caged Bird Sings” Maya Angelou, who has been described as a symbolic character for every black girl living in America, refuses to be confined by the constraints of her personal history and the histories of all the African – American women of her time.Instead she evolves from being a childhood victim of systemic racism, abuse, poverty and patriarchy to a self-deterministic adult with a strong sense of her own identity in a deeply unequal society.

India too has its caged birds – the millions of adolescent girls who, confined by their gender, exist as daughters, sisters, wives and mothers – with no identity to call their own.  India’s Constitution guarantees its citizens the right against exploitation, and the fundamental rights to equality, freedom, and education. The reality,however,is that for the majority of girls from disadvantaged backgrounds across the country, such entitlements remain out of reach. Invisible and unheard, they live dreary lives, their bodies, minds, aspirations and talents sacrificed at the altar of social evils like child marriage. 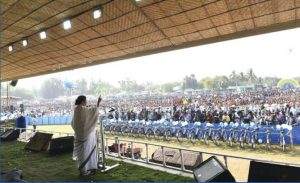 In October 2013, the Government of West Bengal launched Kanyashree Prakalpa, a conditional cash transfer scheme that provides a safety net for those vulnerable families who are forced, by tradition, social compulsion or poverty, to truncate the education of their daughters and contract them to wholly illegal and dangerous marriages. Kanyashree’s programmatic strategy directly strikes at the inter-linked issues of child marriage and female school dropouts. The Scheme provides every indigent female student between the ages of 13 and 18 with an annual scholarship, and a one-time grant of 25,000 Rupees on her 18th birthday.  The stipulation being, of course, that she be unmarried at the time of receiving the benefits. 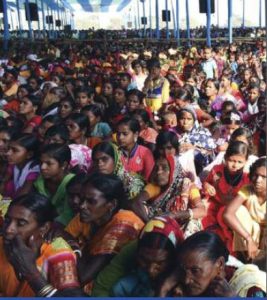 To reinforce the positive impact of increased education and delayed marriages, the scheme also works to enhance the social power and self-esteem of girls through adolescent-friendly approaches like events, competitions and Kanyashree clubs to promote social and psychological empowerment. A wave of martial arts training is taking the state by storm – groups of girls clad in white are demonstrating their agility and skills in wu-shu, karate and taekwondo in school fields and in district competitions. A conscious effort is being made to break gender stereotypes by engaging girls in archery, rock climbing, computer training, chess, cricket etc. Kanyashree girls now act as brand ambassadors for the state’s various programmes on sanitation, safe driving, immunization, menstrual hygiene, and of course, child marriage. 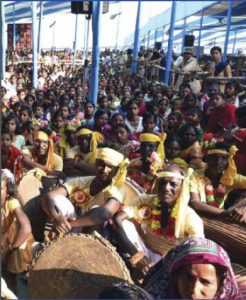 So far almost 45 lakh girls have enrolled in Kanyashree Prakalpa, with about 11.28 lakh having reached age 18 without falling prey to child marriage.  Many girls report feeling enormously enabled- it is not just the prospect of receiving money that excites them, but that they receive it in bank accounts that are opened in their own names.  It has put on hold their parents’ quest for a suitable groom. Many girls have grasped the opportunity to start a new dialogue with their parents, a dialogue in which they dare to speak of their future identities forged through continued education and professional training,  identities  that may – or may not – include marriage. 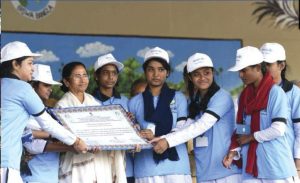 The Kanyashree story however, has just begun.Now that the foundation of the scheme has been established in all districts, targeted interventions need to be planned for particular geographical areas and populations.  Each district has pockets of vulnerability – the isolated islands of the Sunderbans, the inaccessible pockets in the mountainous north, the closed tea gardens of the Duars, the disadvantaged communities in Purulia and Bankura, the hubs of child trafficking in Malda and other border areas – we must ensure that there is no girl left unprotected  and un-schooled in these areas.  Girls who enroll in Kanyashree but drop-out must be brought back to school, or linked to other protective mechanisms. 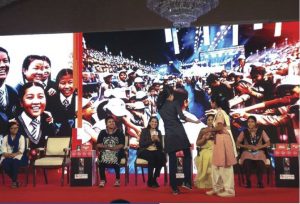 However, getting girls to remain in school and remain unmarred till age 18 is not enough. The state’s policy makers need to ensure that the increased time spent in schools and colleges is well spent in receiving a quality education, in a system where there are sufficient, capable teachers teaching in properly lit, well-ventilated classrooms, well-stocked libraries and up-to-date laboratories. The other barriers that hinder girls’ access to education – lack of toilets, poor transport facilities, violence in institutions and elsewhere – must be simultaneously addressed.

Several systems – educational, commercial, and social – need to evolve towards an environment in which girls aspire to become leaders, professionals or technocrats. Or even entrepreneurs – whether in rural livelihood or in high-tech start-ups will depend on their location, their abilities and their own bent of mind. We must not lose sight of the fact that Kanyashree girls’ bank accounts are just a tool; true financial inclusion will be when these bank accounts see regular incomings and outgoings, lendings and borrowings that signify healthy, productive financial lives.  Health systems need to evolve beyond blinkered discussions of reproductive health to ensuring that adolescents – both girls and boys – learn to deal with their emerging sexuality and relationships in healthy and mutually respectful manner. 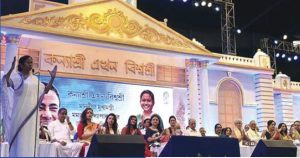 Across the world it is being acknowledged that adolescents are a significant demographic whose time has come. Kanyashree girls are at the age when they are establishing their individuality and their own voice. Given adequate support, they have the ability to articulate their needs, demand their rights and make their own choices. More important – they have tremendous potential as drivers for change.

However, to put the entire responsibility of transformation on the shoulders of girls would be trap them in another cage. Whether West Bengal will reap the benefits of its investment in its adolescent girls will depend on whether we, as policy makers, can see beyond the economic dividend of preventing child marriage to building a cohort of confident, responsible and active citizens, both men and women, whose values and actions contribute towards a more equitable, violence-free society.

“We are trying to make this an all encompassing project from the point of beneficiaries, as there are still pockets which are not under the purview of tHis initiative”

“We are also trying to utilize this platform by making it a convergence point for all governmental schemes aimed at adolescence and women empowerment,issues such as health, nutrition and lifestyle are the main focus among others”

“We also want to create child protection committee in the village level. We will also incorporate the club as the active members of the CPC’s”

“We are also utilizing different departmental funds to create training centres aimed at vocational education so that they are equipped with the technical skills that they wish to acquire.” 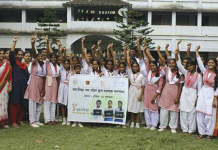