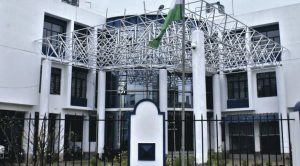 An age-old image of a policeman is one with a stern, unfriendly face, characterized by an equally surly demeanour, marked with sheer aggressiveness and flaunting a grumpy and rude attitude.

With such an image, I walked into the New Town police station.

A building with distinct architectural features, the structure is placed just beside the main SRCM Road. As I approached it, I ran into a group of constables who were leaving on a patrol. They greeted me with a smile and were courteous enough to show me to the room of the Inspector-in-Charge, Atanu Ghosal.

The age-old picture got its first jolt! 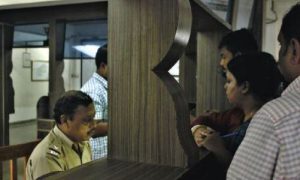 The IC was out on one of his many assignments for the day and thus, I had to wait. As I waited for him to return, I helped myself to a tour of the police station and its surroundings. It was an organized structure and the whole ambience wore an approachable look and feel. As I was talking to the police personnel there, the IC arrived. Another jolt!

The warm and courteous man greeted me with a smile and offered a cup of tea. From the word go, I could sense the passion he has for the work he does and the fulfilment he gets from being an officer in the police force. He stated that his police station handles around 1,00,000 people every day and it is also responsible for the security of around 55,000 IT employees who work there.

The police station also maintains liaison with the local medical and business establishments to ensure the normal continuation of daily affairs of its jurisdiction. The police here go much beyond their mandated responsibilities, three to five police personnel donate blood every week and as the area is home to several nursing homes and migrant medical tourists, they take special care on those particular occasions. He further elaborated: “For them, we are the first point of contact. They do not have any other contact or source in the city that can help them in any undesired situation. I remember this when once I gave blood to a 9-year-old Bhutanese kid.” 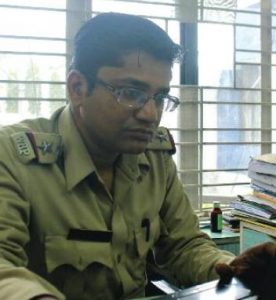 Atanu Ghosal was in the NCC in his formative years. Thus, the love for uniform was always there. When presented with the opportunity to join the police force, he did not give it a second thought and joined in 1991. Ghosal, who is a first generation officer and father of two energetic boys, expressed his love for adventure and how this keeps him going.

The officer, while reflecting upon his career, states: “This is the only job that gives an ordinary person the means to empower others and that is why I do this every day”. He repeatedly stated the importance of community policing in this day and age. 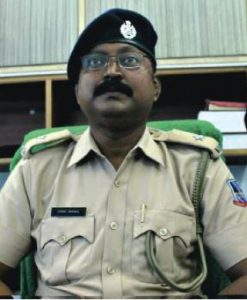 The Police Station also focuses on criminal rehabilitation and is on a road to reduce homelessness in the vicinity. The IC himself helps out with social work and also reaches out to different social organizations working in the area.

The Police Station has been told by the local Panchayat to help out with the recent flood like situation in the area. The cops took immediate action and have splendidly coordinated, thus ensuring an uninterrupted aid work. 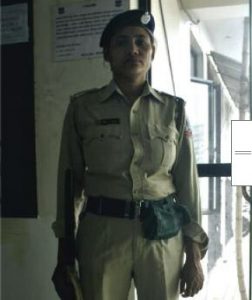 Human Resource of the station – 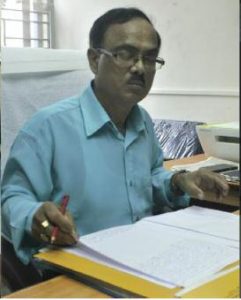 The only regret that the officer has is not having enough time to spend with his family but insists that the joy he gets from his extended family in the police station certainly compensates for that.

The Police Station’s response time is within five (5) minutes, which is quicker than what it once used to be. All that has changed in the past few years as modernization of the police force has begun.

The IC of New Town Police Station signs off: “The approach of police should always be such that people feel connected with them, thus, facilitating community policing which is the only way to break free from the stereotypical perception of the police force.”