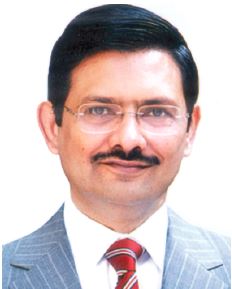 I convey my best wishes to the Gujarat Police and New Media Group on the occasion of  the launch of  ‘The Protector’ magazine in Gujarat.

The police is performing its duty round the clock so that peace and security prevails. But very often, they do not get due appreciation which affects their morale and hinders optimum performance.

As responsible citizens of India, it is our duty to aid the police by providing timely information about suspicious activities. This will help them in preventing untoward incidents as well as in detection of serious offences. The police on their part should organize public awareness programmes to in still confidence among the citizens.

Timely words of appreciation for the Police Force will go a long way in improving their morale. I hope this magazine would play a major role in advancing the cause of community policing.

The Protector - February 7, 2020
0
Dear Readers, Greetings! At the outset, I am pleased to present the inaugural issue of 'The Gujarat Protector' magazine, a joint initiative of Gujarat Police and...