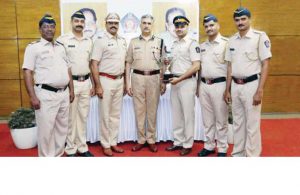 Finally, after a five-year hiatus, the annual Deepak Jog Memorial award has been conferred to J.J. Marg police for their fine investigation and cracking the murder of abducted four-year-old Junera Sheikh from Nagpada in the year 2016. 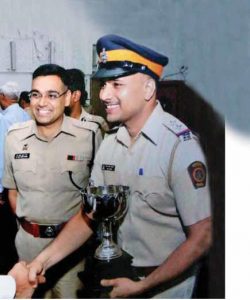 The award which became an integral part of the Mumbai police’s annual calendar since 1997 was discontinued in 2006. Jolted by the synchronised train blasts followed by the November 26, 2008, terror attack, the process of selection, and the function itself, were pushed to the back-burner. A bruised and demoralised force was more occupied with restoring order post 26/11.

According to police, seven officers from the detection team have been honoured with a ‘Deepak Jog Memorial Trophy’, one of the most prestigious awards given to the best detection team in Mumbai. It was last conferred on senior inspector Arun Chavan in 2012, for cracking the murder case of senior journalist J. Dey, while he was heading the property cell of the crime branch. 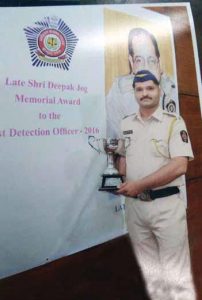 On December 5, 2016, a 30-year-old, Muntaj Khan approached Nagpada police to register a missing case of his 4-year-old daughter, who had stepped out of her home in Sharbatwala Chawl to play around 8 pm, but never returned home. As the matter was delicate and serious, DCP (Zone-1) Dr. Manoj Kumar Sharma was informed about the incident who guided the officers investigating the matter. The pictures of Junera were circulated between police groups and also to all their sources to fetch the details. CCTV footage from the vicinity was collected and analysed deeply to obtain information about kidnappers.

“We checked 100 CCTV’s but failed to get a lead in the case. It was clear that the minor was abducted, so we waited for ransom call from the kidnappers. After about two weeks, on December 19, Junera’s father got a ransom call. The man asked Khan to arrange for Rs. One crore if he wanted to see his child alive. We asked Junera’s father to continue talking to the kidnapper. The kidnapper was aware that, cops might tap their call, so they kept changing their location continuously to confuse the police,”said Manoj Kumar, DCP. 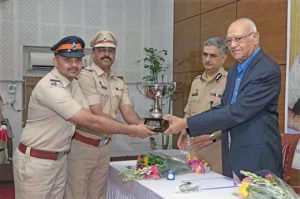 “The parents of the victim were not in a position to shell out such a huge amount and agreed to pay Rs.28 lakhs to the alleged kidnappers.The kidnappers asked the father of the victim to drop the bag between Kalwa and Mumbra stations. The police had laid the trap to nab the accused. On seeing the police officials, they escaped successfully. With the help of their call records we tracked the kidnappers as residents of the same building. We managed to take the residents into confidence and maintained absolute secrecy about the lead, inorder to throw the kidnappers off track. After enquiries, the police picked up one 17-year-old, Akram (name changed), who was Junera’s neighbour. We were confident that he had something to do with the crime. We interrogated him for three hours. Finally, he broke down and revealed that he had killed the girl,”said Dhiraj Bhalerao, police sub-inspector.

Bhalerao added that, Akram, a student of a South Mumbai college, had thought of making a quick buck by kidnapping Junera. Since Junera’s father had a scrap dealing shop, he thought he would be able to cough up a huge sum. On December 5, he had successfully lured Junera into his home. However, the girl died due to chloroform overdose. He panicked and called his 16-year old friend Sayyed (name changed) for help. The duo then dumped the body under a water tank on the terrace of the nearby Haji Kasam Chawl. Both the accused were immediately arrested and sent to juvenile custody. They are currently being tried at a session’s court. 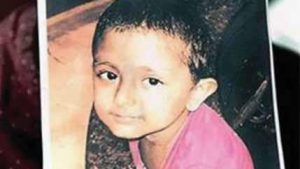 Briefing the press, additional commissioner, K.M.Prasanna, said “the case was chosen and considered” for its uniqueness and rated as one of the best investigations in police records. Over 10 teams were formed to search for the young girl, the network of informers was activated like never before, and more than 100 CCTVs were scrutinized, before the police finally got their hands on the two accused 20 days later. The consistency and accuracy displayed by the cops while zeroing in on the accused was exceptional. The investigations also sent the message loud and clear that no matter who you are and where you live or how you try to misguide investigators, we will nab you. That’s what earned them the prize.

Though Khan lost his daughter, he is still grateful to the police for having cooperated with his family and tirelessly following up with them. “They worked day and night to look for my daughter. Unfortunately, she was already dead when the probe began. Nevertheless, we must congratulate and support the police,” said Khan. While the cops, who were part of the investigation, are now posted at different police stations, the case still holds an important place in their careers. “I am glad that the investigation was chosen for the Jog trophy. It’s by far my best investigation,” says Bhalerao. 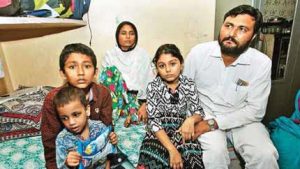 The Deepak Jog Memorial trust was formed in 1997 by former director general of police (DGP) of Maharashtra (1987), Suryakant Jog in memory of his only son Deepak Jog, a 1985 batch IPS officer belonging to the Maharashtra cadre. At 36, the promising officer died of heart attack on November 9, 1996, while he was on duty.

The foundation constituted the Deepak Jog Memorial Award for the ‘Best Detecting Officer’ in the Mumbai police. The award comprises a running cup and a certificate. The officers winning the cup receive a replica of the original, which is reserved for those who win the award three years in a row. It also provides for 20 scholarships each year to 20 children of policemen who died while on duty.