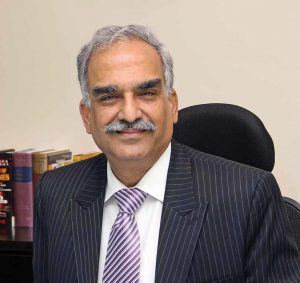 The Naxalite menace has been a serious threat for several Indian states. The control of Naxalites over certain areas and their armed fight against the state security forces have been a continuous challenge. In order to correspond with its ideal, the state focuses on the re-establishment of law and order by countering the Naxalites. In a recent shocking Naxalite attack 25 CRPF men lost their lives bringing the debate on measures to combat Naxalism on the forefront. D. Sivanandhan, former DGP Maharashtra who also served in Naxalite prone areas for some time during his illustrious policing career spanning over three decades elaborates on Naxalism and how it can be dealt with.

The root of Naxalite movement lies in India’s numerous social, economic inequalities and the deprivation of opportunities to the downtrodden people. The adivasis and the unprivileged class feel and believe, that they have been exploited continuously and over a long period of time by the upper class society which includes landed gentry, politicians, bureaucrats etc. And, thus the resentment among them. The government machinery on its part has been lacking in warmth in going up to them and doing things necessary so that they can be alleviated from absolute poverty and penury they suffer from.

The prime objective of Naxalism is to exploit the downtrodden, capture power through intimidation of the weak and skip the ballot process. The left wing extremism believes in claiming and running the government without actually contesting elections. This is the crux as far as Naxalism movement is concerned. Alleviating poverty, roads not being laid, less work opportunities for adivasis are all secondary issues. However, the solution to Naxalite problem lies in these symptoms, so we must provide them education, employment, encourage industrialization and bring the people to mainstream.

However, the most important step would be to give them the rightful ownership of the agricultural land they till, if it belongs to them. At present, they are even deprived of ownership rights of the agricultural land. In Andhra Pradesh this ownership right is termed as ‘Patta’ whereas in Maharashtra it is called ‘Saat Baara’. Since, they do not have this ownership right they are not entitled to any loan or subsidy from the government. They are thus deprived of an opportunity to get additional capital that could be invested in agriculture making it profitable for them. An adivasi therefore is always downtrodden and below poverty line.

There are many reasons that prevent adivasis in obtaining this ownership right. First and foremost would be the lethargy and slow government machinery that prevents them from getting ‘Saat Bara’ and ‘Patta’. Also, draconian laws like the ‘Forest Act’ have not been amended adding to the predicament. As a result the naxalite problem has been thriving since 1970, till date.

The government has two pronged approach in dealing with Naxalite movement one is ‘development’ and the other is ‘use of police force’. The government spends on developing infrastructure, improving health, laying roads etc. has been enormous and exorbitant. Government inaction, however can be said to contribute to proliferation of Naxalism.

The government officials are almost absent in Naxal effected areas. There is absolute lack in number of teachers and health officials. The police, however are in huge numbers serving almost like cannon fodder. In short there is hardly any support system, administrative or otherwise. The solution to overcoming Naxalism threat cannot be elimination of each and every Naxalite and the government understands this too.

Since, for every one Naxalite that is eliminated there are 100 others ready to join because they are downtrodden and ready to giveup their life for meagre amount of Rs.1200 to 1500 for leading such difficult life. So, eliminating Naxalites is not the solution to the problem. Development, inclusion and amendment of draconian laws that are a hindrance to availing government subsidies and welfare activities reaching them are the solutions that could aid in combatting Naxalism.

As far as government of Maharashtra is concerned, there is a visionary strategy to combat Naxalism and lot of positive work has been done. The government of Maharashtra has also been following two pronged strategy of ‘development’ and the ‘use of police force’. The Maharashtra government is spending exorbitantly to lay down the roads. So, it is not the money spent on the infrastructure which is a problem but the violence by the Naxals that disrupts development and progress. It is the endeavor of the Naxalites to project government as inefficient and corrupt to adivasis.

The best strategy in combating Naxalism would be a ‘people friendly government’. All the government officials should have action oriented approach. They should be accessible to people and not just reading the Acts and Regulations. Welfare and development needs to be focused upon. Without proper administrative support and people friendly government the security forces are putting themselves to risk against Naxalites. With the attitude that the policemen are meant to lay down their lives, policemen are becoming martyrs in J&K and elsewhere in the country. There are several videos that show CRPF men being heckled and stoned and they are told not to react at all. So police alone can not combat in the embattled regions.