Our perception of the police is more about fear than trust but the lockdown has brought out a less seen, compassionate side of them. 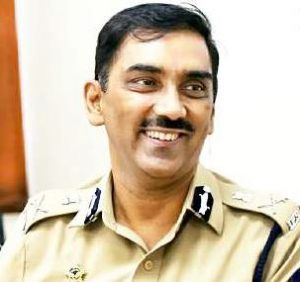 The vicious web of the coronavirus, which seemed to show a decline in the past few months, has now picked up at an unimaginable speed with even more ferocious consequences on those affected by it. It has been almost a year since the country is fighting this virus. Lakhs of people have lost their lives fighting this deadly virus.

We have much to be grateful to our frontline workers, doctors, medical staff and police officers who are still working untiringly round the clock to create awareness and ways to mitigate the virus. Lockdown conjures up images of police brutally beating lockdown violators. But what is also important to remember is that those are not the only images that should impact our minds and attitudes regarding the police. More than these videos and images, the police have been the unsung heroes during these extremely challenging times.

Maharashtra Police, which is the best police force in the country, have faced this virus head-on, saving lakhs of citizens from being badly affected. 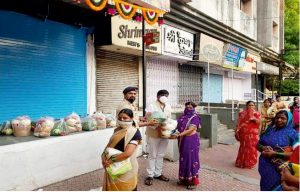 For so long, the police force was mocked, abused and faced outrage from citizens due to the lockdown. But we need to instil in everyone’s mind and that of our own that the police is also human. They have a soul, and this side was evident during this past year.

The Pune Police, which is part of the Maharashtra State Police, have been consistently helping people during this tough time. They have been recognised for their goodwill gesture. We, at the Protector magazine, appreciate the efforts of our police force who have gone out of their way to help citizens without thinking twice about their safety.

PSI Abhijit Dhere, attached to the Uttamnagar Police Station, was on night duty. He received a call from an unknown number, giving him the exact address and location of a man allegedly about to commit suicide. Without wasting time, he and his subordinates, Shivadkar and Bhuruk, rushed to the said spot.

Recalling the incident, Dhere said, “The young man was about to jump out of the window of his house. He was in a drunken state. We managed to grab him and pulled him inside the room. We waited patiently for some time, gave him water and food to eat. While talking to him, we found out that he was a software engineer.” His suicide attempt stemmed from a family quarrel. I contacted some of his relatives and asked them to come over. It was a critical and stressed-filled night. Once he pulled through that period, he was okay, and we have been checking on him regularly. He is back to his normal self now.”

Yet again, Dhere showed that the Khaki does not need a cape to be a superhero!

Warje Police Station Head Constable, Santosh Bhapkar, came as a godsend to a young girl from Satara who had come to stay with her cousin in Pune. With the sudden and strict first lockdown, she had to overstay her visit. As a result, complete bitterness set in. Recalling the incident, Bhapkar says, “Sr. PI Kadam Sir called me that evening and told me to understand the girl’s problems. Upon questioning her, I came to know that she was from Satara. She had a heated argument with her cousin whom she was staying with in Pune. This made her want to return to Satara but was unable to do so. I spoke to her brother as well, but he was also helpless due to the prevailing situation.” Bhapkar informed his superior of the situation who then suggested that they shift the young girl to a girl’s hostel. Bhapkar promptly took her to the Cummins Girls College Hostel, requesting them to keep her for the night. Two of her friends came to pick her up the next day.

A fortnight later, Bhapkar gets a thank you call from her, apprising him that she has reached Satara. She expressed her gratefulness to him and everyone at the Warje Police Station. “I was happy for her,” recalls Bhapkar.

Police Constable Raju Shaikh, attached to Samarth Police Station, was on duty when he was alerted by an acquaintance that two young ladies, aged about 17 and 18 years, had come to the area nearby. One of them looked sick and pale, and both were crying. It was natural that due to the pandemic, people were hesitant to approach and help them. Gathering up courage, Shaikh walked up to them to discover that one of them was unwell and looked out of sorts. He immediately called some doctors whom he knew personally. Shaikh said, “Surprisingly, both these doctors came immediately and examined them. The

doctors confirmed that one of the girls was indeed sick, but displayed none of the symptoms associated with the virus. The doctors prescribed some medicines, which I promptly bought, gave them and also arranged food from them.” The young girls became better after a little while, thanked Shaikh and left. Shaikh added, “I never felt that I was doing anything special or extraordinary. I was doing y duty as a policeman.”

Police Sub Inspector Atul Thorat is attached to Bibvewadi Police Station. While on duty at the police station during the lockdown period, he heard a woman wailing outside the police station. “I rushed outside and asked her the reason for her despair. She replied that one of her daughters was running a high fever; her in-laws were very old, and that they have no money. Her husband had also passed away two months back.”

The Khaki way of life came into play once more as Thorat bought her a bagful of vegetables from a vendor outside the police station. He then gave her five hundred rupees from his pocket so she could take her daughter to a doctor. Thorat said, “She was so thankful and happy that she started to cry. I counselled and encouraged her. I then sent her and her daughter to a doctor. I was relieved that she had specifically come to us for help.”

Indeed, in these tough times, the Men in Khaki shows us how to be human. 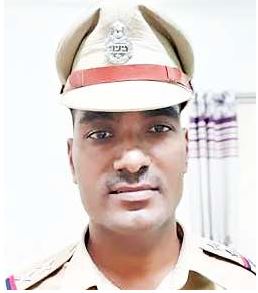 When PSI Vikram Misal in charge of Mithi Ganj police chowky was on his morning rounds with police naik Dhansing Kadam, they saw an old lady with a pregnant young woman calling out to them. Misal Stop and asked what was wrong, the lady said her daughter in law was due and her son unreachable as he had gone to work. They needed to get to a hospital as soon as possible. I then called the Mobile One van of the Pune City Police and had them taken to the hospital.” Next day they came to know that the lady had delivered a daughter. So once again the khaki magic managed to make a perfect home delivery.