Many of us believe that cyber bullying is the holistic term to explain the concept of cyber harassment. In reality it is not.

www.Stopbullying.gov explains cyber bullying as “………Cyberbullying includes sending, posting, or sharing negative, harmful, false, or mean content about someone else. It can include sharing personal or private information about someone else causing embarrassment or humiliation.”

A clear reading of the definition of Jaishankar and the explanation provided by Stopbullying.gov  would suggest that cyber bullying includes conveying or posting of insulting, degrading, teasing, messages in the victim’s timeline, in groups or forums etc. Bullying messages are also conveyed through one-to one chatting mechanism. Bullying messages may typically be like “ you are a liar”, or “you look ugly”, or “ you are worthless”, or “x is a black spot in the team”, or “x is a big zero when it comes to trendy fashion” etc. Presently, India does not have any cyber bullying prevention law.

However, it would be wrong to say that cyber bullying happens to children. Adults may also be victims of bullying, including workplace bullying.

So when does bullying turn into stalking?

Often people confuse cyber bullying with cyber stalking. We at Centre for Cyber Victim Counselling had provided a functional definition of cyber stalking in our 2010 research report which is as follows:

“In one word, when ‘following’ is added by Mens rea to commit harm and it is successfully digitally carried out, we can say cyber stalking has happened” (Halder &Jaishankar, 2010).

“Any man who follows a woman or contacts or attempts to contact such woman to foster personal interaction repeatedly despite a clear indication of disinterest by such woman or whoever monitors the use by a woman of the internet, email or any other form of electronic communication or watches or spies a person in a manner that results in fear of violence or serious alarm or distress, in the mind of such woman or interferes with the mental peace of such woman, commits the offence of stalking.”

Seeing from the above perspectives we can see several stages of cyber stalking:

The first stage of cyber stalking can be Repeated Pursuing.

The second stage can be data mining and/or monitoring.

The third stage can be creating threat /fear in the mind of the victim.

Repeated pursuing can be in the form of sending /posting messages which may not be insulting or degrading or annoying at the beginning. This is because the stalker (especially in case of interpersonal stalking) may not necessarily like to insult or humiliate his ‘target’. The main aim of the stalker may be to persuade the victim to enter into an emotional relationship where the stalker may be a dominant figure. The messages may turn insulting or degrading when the process reaches the third stage, i.e., when the sender wants the victim to feel threatened. Stalking may adopt the process of cyber bullying when the victim refuses to abide by the ‘commands’ or ‘demands’ of the stalker. The later may then start sending insulting, annoying, degrading messages in order to create a fear of constant harassment and defamation of the victim. Bullying therefore changes into the phenomena of cyber stalking when the bully becomes obsessive with his victim and continues to post hurting, degrading, insulting messages as long as the victim does not start developing a sense of fear; when he starts monitoring his victim to see the outcome of bullying or rather, to see how far the victim is affected by bullying. 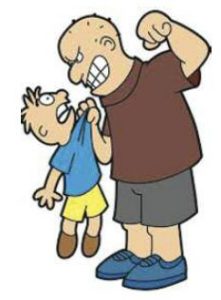 As may be seen from the above, cyber harassment or online harassment therefore is a bigger term which includes forms of harassment including cyber bullying. It is essential to understand the differences because the terms may signify different types of criminal or civil wrongs and as such may attract different types of punishments by courts of law. For instance, if a victim who has encountered impersonation (not amounting to revenge porn, but an ordinary impersonation whereby his/her image had been used to create a profile in the matrimonial site), he/she should not report the incident as cyber bullying to the concerned website. It should be ‘impersonation’, meaning the perpetrator has unethically and unauthorisedly used the personal picture and information of the victim to create harassment. Depending upon the mens rea, nature of the profile and impact of the same on the victim’s reputation, the police may book the offender under various provisions under Information Technology Act and also under Indian Penal Code for impersonation(for example, Ss 66D of the Information technology Act, 2000(amended in 2008), Ss. 416 & 417, 499, 500 IPC, etc) . In case the victim is a woman, the police may also include provisions meant for harming the modesty of women (S.509 IPC). Similarly, in case of stalking, the victim should rather report the crime as stalking and not cyber bullying because the legal provisions in India do not recognise any offence of cyber bullying, but prescribes stringent punishment for stalking. Whereas, in other jurisdictions, where both cyber stalking and cyber bullying are recognised as offences, both may have different types of punishments. Further, the social media websites may also have different reporting mechanism for cyber bullying and cyber stalking.

However, cyber bullying still remains in a grey area from legal perspectives. More research is needed to develop a good universal understanding which may help to demarcate why cyber bullying be considered as Bad Speech. Further, research is also needed to create deeper demarcation between different forms of online harassment for the purpose of better policy developments.