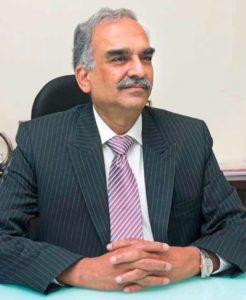 What are your views on community policing? How important is it in the present scenario?

Cops basically work for the community. If cops understand the way communities function, and both adjust appropriately with each other, it is termed as community policing. The entire community then functions as the eyes and ears of the police. Community policing becomes a full-blown phenomena when the police is receptive to the feedback of the public and seek their cooperation.

To garner community support, we need to take the public into confidence; which is possible if we provide them the opportunity to interact with the police. In the aftermath of the 26/11 terrorist attacks in Mumbai, four seminars were held. The seminars were graced by 20 eminent speakers like APJ Abdul Kalam; former President of India, KP S Gill – former DGP (Punjab); JF Ribeiro, former DGP (Punjab & Gujarat); M K Narayanan, former Governor of West Bengal; Shyamal Dutta, former Governor of Nagaland, and so many others. The event attended by over1200 people.

Digital platform can be used effectively to connect cops and the communities. A digital platform called www.copcommunity.com was created. Around 1200-1600 youngsters joined immediately. Soon, the interest was widened and queries poured in from all over the world.  With such digital platforms, tech savvy youth of the country can connect with top cops and clear their doubts. Such online platforms are educating. 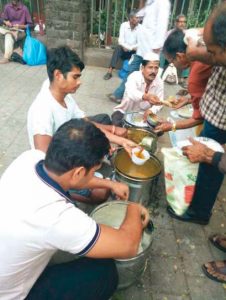 Another option could be appointing activists, preferably youngsters, with the objective of bridging the gap between youth and police. Senior citizens  could also be connected to cops. During my tenure as Commissioner of Police – Mumbai, I created the website: www.humarisurakhsha.com, with the support of a gentleman based in USA. 40,000 and more people got connected through the site in a short span of time.

Online technology can be used effectively for household servants too. The servants of the house could record their presence through finger print and face recognition technology. If www.humarisurakhsha.com could be revived by Mumbai Police through Artificial Intelligence (AI), it will be very useful in connecting with cops. As far as women and children safety is concerned, a trustworthy helpline number with a quick response time and support of the police would help in a great way. If such a support is provided through digital platform, the gap between police and community would
end soon.

Building a relationship with children as a community is very important. Sexual abuse, misuse, paedophilia etc. can be dealt with  through visiting schools and talking with children. Educating children about favourable and unfavorable touches and clearing their misconceptions about cops would help. Children are generally intimidated by the police; their minds should be free from such fears. All police departments should have a special wing where people can come and interact with the men in uniform, learn more about them so they can see them in a different light, thus helping to bridge the gap between cops and communities.

Managing traffic department means educating, engineering and enforcement. Motorists should be fined, but at the same time, be educated about rules and regulations. In my view, enforcement should be the last step, and education should be the top priority. Mumbai Police is one of the best forces in the country. They are sophisticated, better educated and helpful. In no other part of the world will you witness a police officer pushing a car when it is stuck in the rain.

The ‘Mohalla Committee’ initiative supported and launched by former DGP – JF Ribeiro, works to bridge the gap between the police and  minority communities. Through Mohalla Committees and Slum Policing, people join hands with the police to resolve their issues. Recently, during the mighty floods in Kerala, the State Police, with the support of local fishermen, helped thousands of people starnded due to the flood. It was one of the best examples of community policing. In my opinion, community policing is very important. The community should help and respect the police. And the police on the other hand, should coordinate and be ready to educate the public.

Naxalism is an area of concern. Is there an end in sight?

We are approaching the end. Andhra Pradesh has almost closed the chapter on naxalism. In Maharashtra, a large number  have been eliminated or incapacitated. On analysis, I conclude  that the police have an upper hand in the entire scenario. They are equipped with better informers and  operational capabilities. I believe there is a bright light at the end of the tunnel. 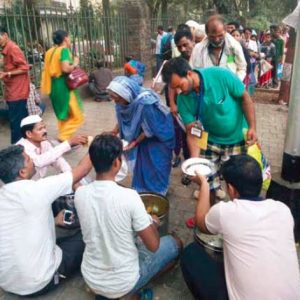 It is important that government empower these naxal-prone areas with widespread development opportunities, like setting up of more schools, public hospitals and production centers, thereby enhancing employment opportunities. Maharashtra, has, in this context, done noticeable work through effective development plans. During my three-year tenure as DIG, Nagpur Range, I noticed that people were sleeping on the floor and trim shades. I changed the entire construction work into strong walls for police personnel. We  built Watch Towers and dug wells to resolve the fresh water shortage problem. The entire plan was formulated by NCP Chief – Sharad Pawar. We provided protection to the officers posted there. Roads were improved and several other facilities were initiated for their  betterment.  Adivasis  are being exploited, which is an issue of concern. They should be given Pattas for land. Education and employment opportunities should be provided to them. The Government should definitely work on and implement plans and provide them with better amenities.

The young breed of police posted at Gadchiroli like Suvez Hague, Abhishek Deshmukh, Sandeep Patil, have done extremely well in organizing the situation. As I said, police have an upper hand, but they should be extremely cautious. They need to be ready to meet retaliation by the naxalites since that is their true nature. It has been observed that after one attack, they wait for a year or so to retaliate. If they don’t, then I am convinced that the police have done a wonderful job. 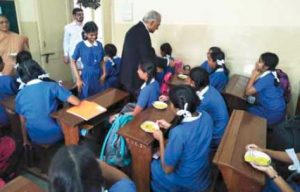 I am proud of Maharashtra Police and the Gadchiroli Police for their bravery in dealing with the situation. Police officers, whose names I have mentioned above ,have done a commendable job. They have an understanding of the problem, and have successfully managed to maintain  an upper hand in the naxal-affected areas.

Cybercrime is escalating. In your view, how can it be tackled?

Cybercrime needs attention since science and technology has been permeating every aspect of our lives at a very fast pace.  Every development has a flip side to it. And so with economic prosperity and technological breakthroughs, cybercrime and white collar crimes are now proliferating.

Cybercrime will dominate future crime scenario. This is the reason we started  cyber labs in police stations. Most cybercrimes are committed by someone who hacks into your system and access  your communication. Generally,  insiders collaborate, compromise and share top secret information and passwords with cyber criminals.

The cyber world is proving to be dangerous for  children, since they are addicted to social media platforms. Innumerable cyber bullies are on the loose, spreading fake messages. Ideas loaded with venom are being planted in the minds of the youth. Citizens should be cautious of such bullies and confirm facts before providing details on phone or through other mediums.

Share with us about your NGO – Roti Bank. How does it work? 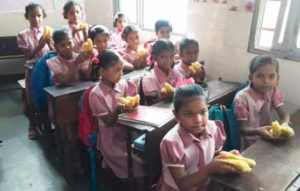 The way our NGO functions is simple. We pick up excess food from weddings, events, hotels, cafeterias, housing societies and deliver it to thousands of hungry people who live in slums or on the footpath. We also deliver daily meals to kids of Drona Foundation, Dharavi, and the relatives of cancer patients at Tata Memorial Hospital. Other than that, we distribute freshly-cooked food and raw grains to our regular beneficiaries. The NGO has a dedicated helpline where we can be reached. Our dedicated vans pick up the excess food and redistribute it promptly, thus ensuring that the quality of the food remains intact.

How has it grown over the years? 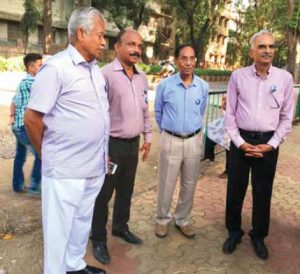 Earlier, we used to collect leftover food from parties, events and marriages etc. We later realised that this leftover food is not that nutritious for malnourished children as such food hardly contain any nutritional element. During this period, we received a call from Marico who were impressed with our work. They decided to provide us oatmeal for needy children suffering from malnutrition. They provided eight tons of oatmeal which we are cooking every day  to feed 1000-2000 people. I visited a municipal school at Andheri East and provided this oatmeal to 1200 students. I had visited many schools  and met several students and explained to them about this initiative. I asked them to share  this information with their parents. The children promised me that they will bring an extra roti which will be given to needy and poor people.

We are growing and expanding, thanks to the support of many people and organisations. In the first year, we successfully gave away 4.5 lakh free meals. Since we started and up to 2018 (a time period of 18 months), we crossed 10 lakh meals served. But my mission is to provide 10 lakh meals in a single financial year. All this is done purely for a social cause, and not fame. It is simply about wanting to give back to the society.