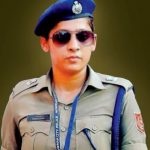 The First Battalion is a well-trained and a dependable arm of Kolkata Armed Police ready to deal with any law order and problem. In an exclusive interview to Mohammad Asif, Assistant editor ‘Protector’, DCP of First Battalion, Bhavna Gupta, talks about the challenges of policing, efforts to make the city safer for women, and ways to make the force fighting fit.

What are the roles and responsibilities of your battalion?

As the DCP of First Battalion, I am primarily responsible for the quick deployment and efficient utilisation of a team of 300 strong personnel for various policing jobs and supplement the divisional forces when required.

It includes ensuring preparedness of force,   training,   duty distribution,   welfare, modernization, upgradation and headquarter works, including financial   and   other responsibilities.

Besides, being a part of the larger body, the Kolkata Armed Police (KAP), we have to work in close coordination with zonal superiors for effective implementation of policies and initiatives taken from time to time.

As a unit head, my task is to ensure that the officers and force remain motivated, trained and equipped properly, transforming them into a professional and disciplined contingent in the execution of their duties.

I also  serve  as  an  ex-officio chairman of some other institutions like the Kolkata Police Training Academy (KPTA) and Kolkata Primary School. KPTA is an upcoming and dedicated premier institute of Kolkata Police where different kinds of training are imparted to young recruits and in-service officers of various ranks of Kolkata Police and other agencies. As the overall in-charge, I oversee all training related activities from curriculum to course structuring and liasioning with respective agencies for infrastructural development of the institute.

How are the forces of this battalion being trained and equipped so that they can discharge their duties successfully?

We at Kolkata Police believe that training is not a one-time activity rather it is a process of gradual upgradation to higher standards of professionalism and that each one of us work together to build a better tomorrow compared to today.

Thus a holistic and scientific training methodology is an integral part of our system. Refresher courses for different ranks are conducted periodically which include indoor as well as outdoor components. All topics beginning from riot drills and firing practice to soft skill training and stress management are covered during such training. The help of field experts is taken from time to time for latest ICT devices, Power Point presentations.

Briefing and debriefing sessions are undertaken after every major law and order problems to analyse the strengths and weaknesses of police performance in actual situations.

Besides, informal channels of interactions between superior officers and force through Sainik Samellan, sports activities, community food festivals (Bada Khana) are held periodically for better understanding of training needs and to innovate accordingly.

Do they have any role in keeping the streets of Kolkata safe for women?

One of the basic tenets of safety for city women is visible policing. The deployment of my battalion for patrolling and community care round-the-clock at vulnerable locations throughout the city addresses this component. Specially trained Rapid Action Force which includes woman cops as well, are additionally deployed and utilised for the purpose. Special patrol vehicles which respond to SOS calls and equipped with modern gadgets, including GPS locators, are manned by the forces round-the-clock.

How does the Tejashwini initiative make the city safer for women and girls? 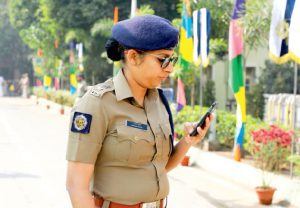 Tejashwini is a bold initiative of Kolkata Police which fundamentally aims at changing the perception of young women and girls towards themselves. It is an initiative which aims to inculcate courage and self- reliance among women and hone their ability to look into the face of fear with strength and confidence because often more than physical strength, it is the mental endurance that is required to tackle a distress situation.

Under Tejashwini, Kolkata Police is imparting basic martial arts and fitness training to willing women of the city through a specially designed course to help them discover their inner strength and resilience and increase fitness awareness among women.

The initiative has received a very enthusiastic response from the participants and has helped them march in the desired direction. This initiative is helping to bond the participants with Kolkata police on one hand and unleashing the collective positive energy of the women of the city on the other.

Do you remember any specific case in which you have led your force to tackle any serious law and order problem?

In the course of our duties, we come across law and order situations on a routine basis but every law and order situation is unique in itself. It varies in composition, motivations, leadership, strength etc and thus each situation has to be tackled differently while keeping in mind the guiding principles of our organisation regarding citizens and larger principles of democracy, freedom of speech and service to the society.

Many law and order situations are a test of resilience for the police force where one has to act firm but remain unprovoked by the protesters. As a leader in any such situation, my duty becomes to collect proper information about the situation and ensure proper preparedness, communicate effectively with the force and ensure proper briefing, provide adequate riot gear to avoid any injury to the force, ensure proper deployment of forces based on site location and most importantly to lead from the front to boost their confidence.

Has there been any instance when your life was at risk while performing duty?

As a police officer, during the course of duty, everyone has to come across situations where there is a window of uncertainty. While conducting a surprise raid, chasing a criminal or tackling a law and order situation, there is a thin line between what is safe and what is risky. Similarly, it is difficult to predict mob behaviour with certainty. In such situations, one has to rely on one’s training, guidance of superior officers and mental alertness.

In one such rescue operation, a mob of about 100 people had held hostage a woman over a rumour, and were about to lynch her when our team went for the rescue. The mob suddenly turned violent

and attacked the police party including me. But the situation was effectively handled and the woman was rescued though we suffered some injuries in the process.

Any tips for women to make them more safe and secure?

I believe the biggest source of strength is the discovery of self. All women should introspect and locate their power within. All obstacles, physical or mental are our own creations and only we can remove them.

Whether it is the courage to say no to dowry, domestic violence, sexual abuse or any such crime or the courage to come and report such incidences to the law enforcement or the ensuing fight for justice, it is women themselves who have to step up for their rights.

For a safer society, it is important for women to be aware of their legal rights and entitlements as well as the emergency facilities made available by the police in form of dial 100 or safety applications in any city. All women should spend some time to ponder over the issues of self-awareness, safety and the emergency response system available at their disposal. They must help to spread this awareness to those who might not be aware of it because together we are stronger and safer.

Being a woman officer, have you come across any gender bias in service?

I feel we have constantly marched in a progressive direction towards ensuring gender equality in police force as gradually the number of women joining the service has increased, the rigorous standards of examination and training are equal for men and woman and we are trained to recognise ourselves as officers rather than men or women in our uniform. We are fortunate to have many stellar woman officers in uniform who serve as our ideal.

Having said that, I feel surely there remains a lot that can be done. Beginning from simple things like design of the uniform (which were designed when there weren’t many women police officers in the force), to our personnel management policies, there is a lot that can be changed. The understanding that women in police service are not weaker than their male counterparts should be known to everybody. They have their own sets of strengths and that needs to be better reflected in our system.

Policing is a 24×7 job, does it have any effect on your family life?

All jobs bring their own sets of challenges and it would not be fair to compare one with other. Needles to say, policing is primarily a field job which is both physically and mentally rigorous and is intrinsically more stressful. As an officer, you are most busy on duty during major public holidays and festivities and may have to stay away from your family. Like so, night policing is an integral part of the job and many situations require you to remain awake throughout the night to address certain situations unlike in most other jobs. But having said that, it is largely a personal choice, as the level of satisfaction upon successful completion of a task is much higher and intrinsically rewarding and motivating. Besides, having an understanding family that appreciates the rigours of your job also helps a lot.

Do  you  remember  any incident  in  which  your battalion     acted extraordinarily and restored peace?

It would be difficult for me to highlight any one such instance, as in our organisation, all units, be it divisional force, traffic or battalion force, they work collectively towards successful completion of tasks under the guidance of superior officers. However, the force of First Battalion has performed well during Durga Puja as well as during recent city wide protests related  to  Citizenship Amendment Bill and handled all situations tactfully and peacefully.