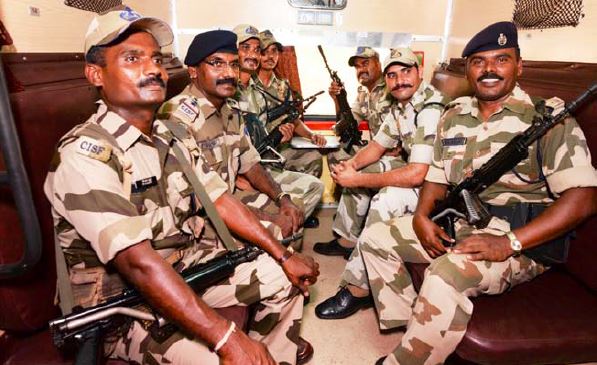 While lakhs of migrants have been trying to get into the Shramik Special trains to return to their respective villages, the State Police is trying its level best to tackle the surging and desperate crowd. With the number of COVID-19 cases increasing among the Police Department, the Maharashtra Chief Minister, Shri Uddhav Thackeray has requested the Central Government to designate the Centre Armed Police Forces (CAPF), comprising of CRPF, CISF and the BSF to provide some relief to the local police who have been working tirelessly and ceaselessly since the first lockdown was announced in March.

After the rapidly increasing cases in Mumbai and other parts of Maharashtra, the State Government has imposed Lockdown 4.0 with some changes in their plans. Mumbai has been the most affected with 24,118 cases registered as on May 21, 2020.

The continuous growing cases in Mumbai have put the State Police on heightened alert. This has not stopped them from performing their duty even in the most-affected areas which have been declared Red Zones and Containment Areas. They have been maintaining discipline, booking and arresting lockdown violators, helping in relief work, accompanying suspected cases to hospitals, manning checkpoints, roads and highways, plus their regular duty of maintaining law and order.

The Mumbai Police has taken action against violators and have impounded more than 5000 vehicles with a span of 48 hours.

In areas such as Mulund, Bhandup, and Ghatkopar, the Traffic Police confiscated two-wheelers that were carrying three people. Mulund MLA – Mihir Kotecha said that motorists have been trying to hoodwink the police by putting up signs on their car windshields, claiming themselves to be associated with essential services. He has asked police officials to only allow genuine ones to ply on the road.

The Traffic Police is planning to continue the action until the end of the lockdown. 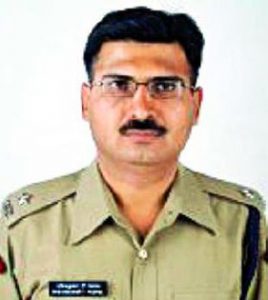 Additional Commissioner of Police (Traffic) – Pravin Padwal clarified: “No person is allowed to use vehicles unless it’s for transporting essential goods. If any citizen wants to buy essential goods, he should go walking. Using vehicles for this purpose is not allowed. No rickshaws or taxis are allowed to ply. We will allow the use of vehicles only for an emergency. We will impound all those vehicles found violating the lockdown rules,” he said.

Approximately, 655 personnel from Mumbai Police and 1,328 personnel from the State Police have tested positive for COVID-19, including 131 officers. 324 of them have since recovered, with 291 having been completely cured, while 11 have lost their lives.

Cops, medical professionals, and healthcare workers across the country have been widely exposed to the virus, as they are on frontline duty.

The State Reserve Police Force (SRPF) has had 387 cases. Most of these cases are from the companies deployed in Mumbai and Malegaon who returned to their unit headquarters at Hingoli, Aurangabad and Jalna after completion of 45 days of deployment.

The Central Armed Police Forces (CAPF) companies have been deployed in Mumbai, Pune, Malegaon, Amravati and some other places to ensure the State Police get a respite from coronavirus-related duties, State Home Minister Anil Deshmukh said on Saturday.

The State Government had recently requested the Centre to deploy 20 companies of the Central Armed Police Forces to relieve the overworked State Police. 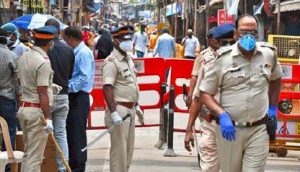 The Union Home Ministry had on May 16, 2020, ordered the withdrawal of 10 CAPF companies (comprising over 1,000 personnel) from Jammu and Kashmir and sent nine such units to Maharashtra, officials said. Among these ten, three companies belong to the CISF and the Indo-Tibetan Border Police each, while two each are from the CRPF and the Sashastra Seema Bal (SSB).

The Home Ministry, meanwhile, also released nine companies – four from the Rapid Action Force, two from the Central Reserve Police Force and three from the Central Industrial Security Force – for deployment in Maharashtra. While five companies for Maharashtra are drawn from the ten units being withdrawn from Jammu, the rest four have been released from the Mumbai-based unit of the RAF, CRPF’s specialised counter-riots unit.

The State had sought 20 Central Armed Police Forces companies recently to relieve its police personnel who, it said, were overworked during the coronavirus-enforced lockdown.

Thirty-two companies of the Central Reserve Police Force (CRPF) have already been deployed in Maharashtra and are working in tandem with the State Police, according to an official statement of the State Government.

Maharashtra Home Minister Anil Deshmukh had said the State Police have been working “day in and day out” to contain the spread of COVID-19 in the State. 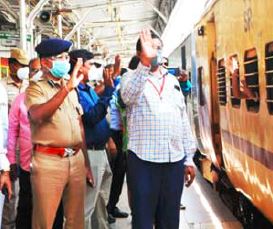 Many State Police personnel have tested positive for the coronavirus and need time to rest and recuperate, he said.

“The festival of Eid is also around the corner, and proper law and order have to be ensured. The police should get some rest for that. Hence, we have requested the Centre to deploy 20 companies of the Central Armed Police Force (CAPF), that is 2,000 personnel,” the Minister had said in a video message on Twitter.