With the country is still battling the onslaught of the pandemic, the citizens of India have faced the negative effects of the lockdown. Yet, while the common man was under lockdown, our frontline workers are working 24×7 to help us tackle the pandemic.

This crisis has shifted the meaning of superhero to the actual heroes worthy of this tag. We have witnessed superheroes who shone a light amidst the darkness. The Maharashtra Police are part of this league of superheroes who have been standing tall and strong like a fortress between the citizens and the virus. We have seen videos of police using their baton on lockdown violators and rule-breakers. But there are two sides to every coin. Let us focus on that side of the cop coin where the media does not often highlight.

The Maharashtra Police have provided a vital help in controlling the spread of the virus. There are thousands of such stories where cops have gone beyond their call of duty to help citizens. The PROTECTOR magazine has chronicled many such stories of policemen who have stayed strong; sincerely and faithfully carried on their duties despite the odds. 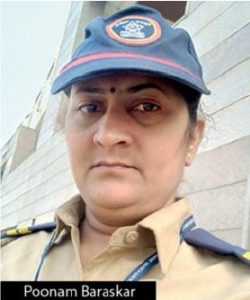 Things can go wrong when not rectified immediately or at the right time. Let us look at one such example. Police Naik Poonam Baraskar, who is under the supervision of Police Inspector Vaishali Chandgude of the Senior Citizen’s Cell at the Crime Branch, got a call from a senior citizen who resides at Hadapasar, Pune. He was worried about the flat he had rented out as the tenant had not paid him the rent, society dues and the electricity bill for quite a few months. Poonam immediately informs her superiors about the incident. As it was not possible 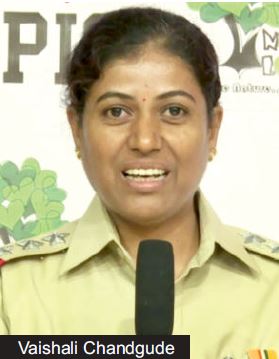 to call the complainant and the accused to the police station due to the pandemic, the officers made a conference call and counselled both parties. The complainant threatened to file a legal case against the tenant. The officers took a soft approach and made both parties understand each other’s situation. After pacifying both sides, the police were able to get an assurance from the tenant that he will start paying all his dues in instalments. With the help of the police, the complainant agreed to it. The police were successful in diffusing a tensed standoff between the two parties. All is well that ends well. 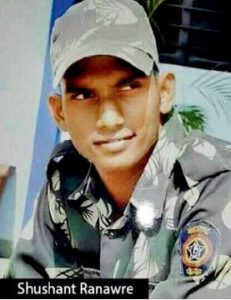 While on patrol duty during Phase 1 of the lockdown, Police Naik, Ajit Tembhekar and Police Constable Shushant Ranawre of Vishrantwadi Police Station found an unconscious man lying at the end of an alley. Ajit said they were worried of approaching him as he might be COVID-19 positive. Understanding the situation, Ajit and Shushant immediately called 108 and also 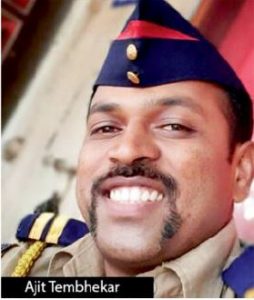 requested for masks and gloves for themselves and the unconscious man. They then took him to Sassoon Hospital. “We went to the hospital the next day to check on him. The doctor told us that the man would have died had he not been brought to the hospital the previous night as he was deeply emaciated due to extreme starvation. We felt proud that we were able to save his life,” says Ajit. 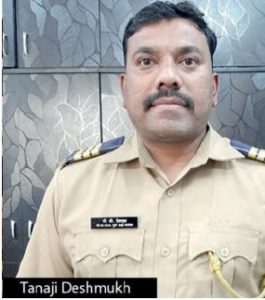 Human beings have been greatly affected by the lockdown over the past few months. But what many of us are maybe not aware or have not given much thought to, is that animals have also been greatly impacted by the lockdown. There is a lack of food available to them. While on duty, Head Constable Tanaji Deshmukh attached to Hadapsar Police Station received a call from SPO Mulani and was informed that several cows near Tukai Tekdi were deeply emaciated as there was no fodder for them to feed on. Tanaji, an animal lover, immediately informed 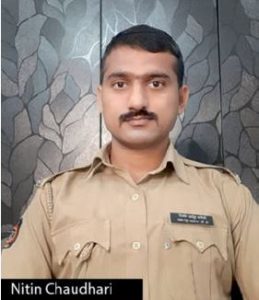 his colleague, Nitin Chaudhari. They went to the vegetable market and gathered as many bags of leftovers as possible. They were then able to feed the hungry cows with the help of local volunteers. “They were famished. One could see it by looking at their skeletal bodies. We fed them and continued doing so for the next few days. We later organized volunteers from the surrounding areas and connected them to the vegetable vendors so that they could feed the cows daily,” said Tanaji. 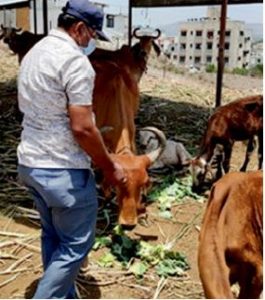 In another incident, Tanaji received a call informing him that a couple staying in Amanora Township was reaching an important milestone in their married life. It was their 50th Wedding Anniversary! As their children reside abroad, they were unable to be there to celebrate the special occasion. Tanaji and Nitin ordered for a cake and bouquet and went to surprise the senior citizens at their home. “The couple was overjoyed and they shared these precious moments with their children through a video call. It was one of the most gratifying experiences of my life. I will never forget the sound of happiness in their voices when they thanked us,” Tanaji added. 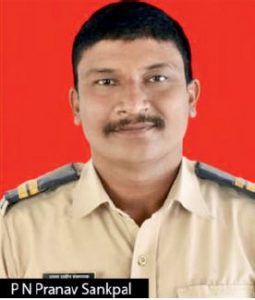 Police Naik, Pranav Sankpal is attached to the Bharatiya Vidyapeeth Police Station. While on lockdown duty one day, Pranav was approached by some labourers asking for food as they have been going hungry for several days. Pranav informed his seniors about it. They instructed him to set up a team to reach out to various NGOs, requesting them to donate food to these needy labourers.

“The NGOs provided the food, but as there was no one to deliver it to the labourers, my colleagues and I, along with the Police Mitras, distributed the food. We assembled all the labourers for lunch and dinner regularly until they were able to return to their respective villages or found employment. It gives us immense pleasure when we could help the needy,” said Pranav. 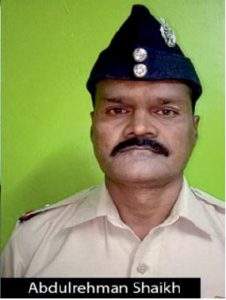 In yet another incident, Assistant Sub-Inspector Abdulrehman Shaikh, who is attached to the Kothrud Police Station received a call that an ambulance had overturned at Chandni Chowk. Abdulrehman and his colleague, Police Constable Akshay Ingawle, reached the spot within minutes. Recalling the incident, the ASI said, “We reached the spot and found the ambulance upside down. There were a few people inside. We do not know their health condition, whether they are COVID positive or not. We immediately don our gloves and secured our masks properly and called 108 but received no reply from them,” said Shaikh. 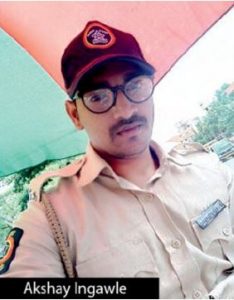 Without wasting time, the duo immediately rushed the accident victims to the hospital in their police van. The doctor treated them and later discharged them from the hospital. “We did not wait for another ambulance to come as the situation of the patient as well as the other passengers could turn critical,” the officer added. Yet again, the men in khaki proved they are worth their weight in gold.

Head Constable Nurahamad Patil, who is attached to the special branch of the Vishrantwadi Police Station shares his lockdown experience. One evening while returning home from duty, Patil spotted two labourers sitting outside a shuttered restaurant. Upon enquiring, he found out that they used to work in that restaurant, but the pandemic and subsequent 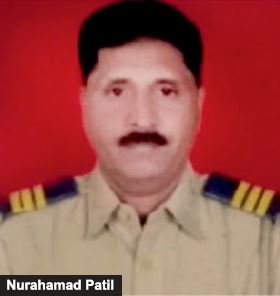 lockdown had robbed them of their jobs; rendering them homeless. Patil immediately called the restaurant owner and asked him to allow the labourers to stay inside the restaurant until a proper arrangement is made for them. “We provided them with regular food ration for two months. When the city started to open up and restaurants started to function for takeaway, the labourers were able to get their jobs back. All’s well that ends well,” said Patil with a smile on his face. 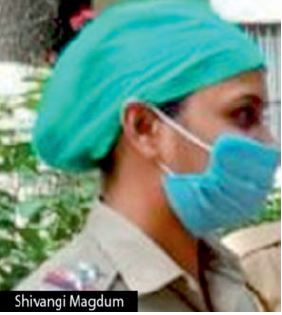 Shivangi Magdum, Police Sub-Inspector at Yerwada Police Station, recalls an incident which brings a smile to her face. During the lockdown in April, Shivangi received a call from her senior to assist a girl who is originally from Kolkata. She is settled in Bengaluru but had come to Pune for some work. The lockdown prevented the young girl to return to Bengaluru. With the help of her contacts, PSI Shivangi arranged for a room for the girl as a paying guest. She then arranged for a flight ticket for her to return to Bengaluru.

“The girl had a quarantine stamp on her hand making it difficult for her to find a place to stay. I don’t think I did anything special. It is my duty to help someone in distress,” the officer said 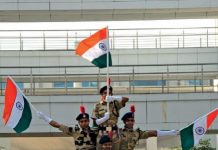 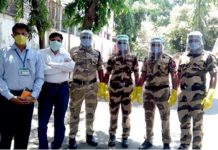 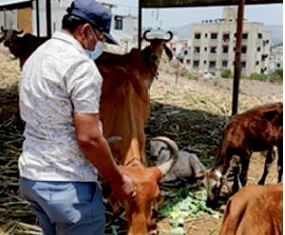 On a War Footing: Rapid Test for the Police Force