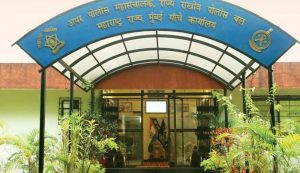 One of the important components of the Maharashtra Police Force and also known as the backbone of the State Police Force, SRPF has completed 69 successful years. On this occasion, police officers paid tribute to their martyrs and also inaugurated the Water Treatment Plant which will benefit lakhs of officers and their families. 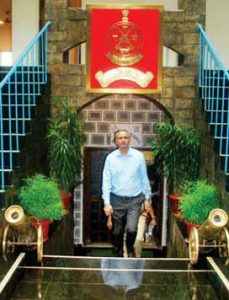 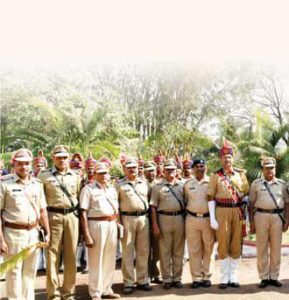 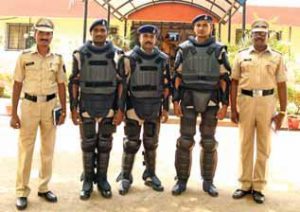 The State Reserve Police Force or SRPF as it is popularly known, was raised on 6th March, 1948 as a Special Armed Police Force of the State of Maharashtra. In order to make Maharashtra self sufficient in the matters of internal security, two units were raised at Purandar and Sambra (Belgaum, Karnataka). After the re-organisation of the States, the strength of the Force increased with the amalgamation of the Armed Police Units

from Old Hyderabad State Police Force, C. P. and Berar. During the mid 1970’s, the onerous duties of guarding vital installations like BARC and the Bombay Airport also led to the expansion of the force. The advent of naxalism in Maharashtra in the form of People’s War Group brought about further expansion in the SRPF units and Groups were raised at Hingoli and Gadchiroli.

The SRPF is a proud armed police unit, and is an integral part of Maharashtra State Police. It is organized into 16Groups at Mumbai, Pune, Daund, Solapur, Jalna, Amravati, Nagpur, Hingoli, Dhule and three Indian Reserve Battalions at Aurangabad, Gondia and Kolhapur and one training institution where the SRPF constabulary is being trained. It is a Force with about 16,000 personnel carrying forth the long and proud tradition of courage, dedication to duty and bravery.

SPRF is known to have the fittest personnel as they have to deal with huge crowds when duty calls. Kumbh Mela and Maratha Mocha are one of the important festivals covered by SRPF.

35 SRPF Police personnel have lost their lives during the Counter Insurgency operations against Naxalites since 1987. SRPF personnel have always been in the forefront in tackling communal riots in almost all the communal hot spots in the State. They have performed the task assigned to them with dedication, sincerity and inadversity, with aplomb, and continue to be the bulwark of the State power in the state of Maharashtra and various parts of the country.

It would be pertinent to note that the SRPF Gr.II, Pune has had the privilege of taking an active part in the Goa Police operations in 1961, where it was honoured by the then Prime Minister, Pandit Jawaharlal Nehru.

Its various units have taken part in operations in the North Eastern States during the 1962 operations on the Indo-China border. It has also given an outstanding account of its capability, where its assistance has been called for by other states like Gujarat, Tamil Nadu, Delhi, Bihar, Andhra Pradesh, Uttar Pradesh, etc. 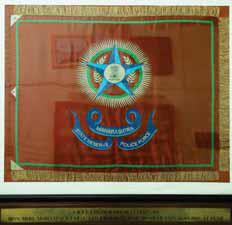 As part of the annual celebratory anniversary, a function was conducted in the presence of DGP Maharashtra, Satish Mathur, ADG, SRPF, Sandeep Bishnoi and other high ranking officials. The officers were apprised of all the initiatives taken by the SPRF and appreciated for their efforts. Several competitions on Cleanliness

2017, Field Craft Demo, Sword of Honour, etc. were held. All the 16 units of the SPRF participated in the different contests and games with gusto.

“It is a great privilege for me to lead the Maharashtra Police, of which the State Reserve Police Force is an important component. It plays an outstanding role in maintaining law & order, anti-naxal operations in naxal affected areas of Gadchiroli and Gondia. It has

performed effectively during communal situations, festivals and elections. SRPF has also played a vital role in handling natural calamities. The role and services rendered by the Force are commendable. It is one of the best disciplined forces of Maharashtra. It is lauded for stellar performance of its duties. Many disciplined soldiers of the Force have laid down their lives over the years while answering to the 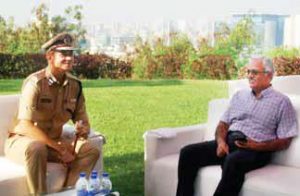 call of duty. I bow my head and pay my sincere homage to all those brave police personnel. I am confident that the State Reserve Police Force will go a long way in assisting the State as well as the Indian Police whenever the situation so requires.” -DGP, Satish Mathur on completion of 69 years of SRPF. 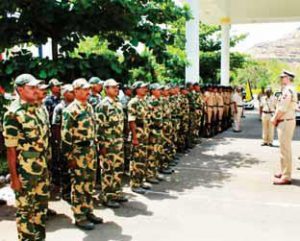 “It is a matter of great honour and pride for me to head this exceptional Force. The SRPF, as we all know, is doing a commendable job in the naxal areas of Maharashtra under extremely adverse and trying conditions. SRPF officers and men have been assisting all the Unit Commanders shoulder to shoulder and have excelled themselves in all types of law and order situations, festivals, elections, and in disaster 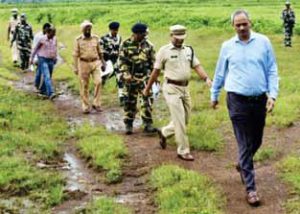 management. The discipline, dedication and performance of SRPF have been widely appreciated by all sections of society in Maharashtra. The devotion and sincerity demonstrated by the SRPF personnel 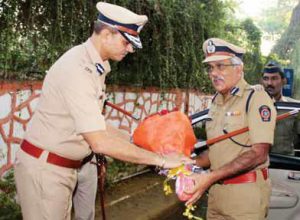 has given a fillip to the image and professional efficiency of the Force. The officers and men of this great Force are fully geared to meet any policing challenge not only in Maharashtra, but across the country.”

On the auspicious occasion of its 69 years of existence, several competitions were held where police personnel were 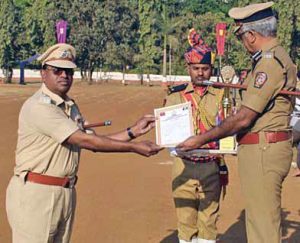 felicitated for their dedication toward their job, on and off the line of duty. “So far, 42 police officers have given up their lives for their department. So on this special 69th Anniversary, we have decided to honour our martyrs”, said a police officer from SRPF.