Having its motto – Sarwata Samyak Rashami (To Protect Everyone Equally), Maharashtra State Security Corporation (MSSC) was established to provide better protection and security to the State and Central Government offices, public sector undertakings, private institutions and organizations within the State of Maharashtra. The Director General of Police MSSC – D. Kanakaratnam, who took over as Director General of Police, MSSC, two years ago, spoke to Satya Swaroop, Managing Editor, Protector Magazine, in which he elaborate on the role and functions of the Corporation, and measures being taken to strengthen and preparedness for meeting any eventuality.

What are the basic function and activities of the Maharashtra State Security Corporation (MSSC)?

The Maharashtra State Security Corporation (MSSC) was established in 2012 with only two clients and 250 employees. We have come a long way since then. Presently, we have around 10,000 security guards working for us. Our main aim is to provide security to various private as well as government organizations. We have around 200 clients associated with us. To name a few, Mumbai Metro, the Monorail, currency chase of various banks who approaches us, Film City, Mumbai, which has a large area to be covered. Various government and municipal hospitals like Nair Hospital, J J Hospital, Sion Hospital, etc. We provide security to organizations within the State.

Which are the important clients outside Mumbai? 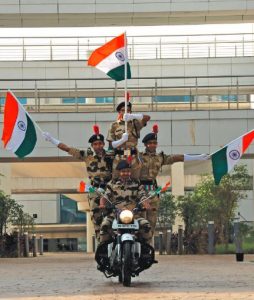 Apart from Mumbai, we provide security to currency chases all over Maharashtra. We also provide security to Pune University. More than 150 security personnel are posted there. We also cover hospitals in Pune, Kolhapur, Satara, Sangli, etc. Small airports in districts like Kolhapur, Jalgaon, are under our surveillance. In the Vidharbha region we look after the security of the Western Coalfields. They are one of our important clients. Parli Thermal Power Plant and several other power plants are also under our security with more than 250 people posted. Security means physical security where frisking is involved. In places like Western Coalfields Limited (WCL), we provide security to conduct patrolling to prevent theft or other illegal activities. Besides these, we are also providing manpower to police organizations like Government Railway Police (GRP), Railway Police Force (RPF). Since the number of police personnel are lesser in such departments, we offer our services to them as well.

Are all your security personnel armed?

We have two categories: armed and unarmed. Whenever there is a requirement of armed guards, we provide them with weapons during duty. Mostly, security chase needs armed guards.

How is the recruitment procedure conducted? 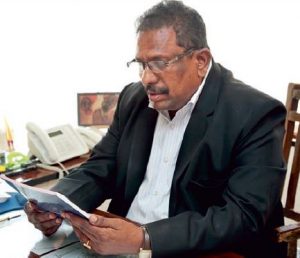 For induction, we have a procedure. For example, for a police department, we have a recruitment process. The criteria are somewhat different from police recruitment. Like the police, we focus on physical training, but the number of activities undertaken by us is less compared to them. The minimum qualification is 12th Standard, and we have an age limit of a maximum of 28 years. We follow an independent recruitment process. We do not have a training institute yet. Once we recruit, we take the help of the police department in training our personnel.

We have a unique way of training. Our syllabus includes indoor and outdoor training. The uniqueness is, as a trainee, the recruit has to pay 50% of the training expenditure, and the other half is being provided from our Corporation. This 50% which the candidate pay will be given back on instalment basis once he/she is employed by us.

How is the payment process? What about job security? 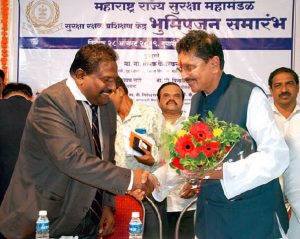 The money we get from clients who are being provided security by us is being disbursed as salary to our security personnel. I would like to state here that this is not a permanent job. We hire our personnel contract for 11 months and recruit them again as per the demand. I would say this organization provide them with an opportunity to work in a prestigious company and be trained on par like a police officer. Our security personnel are less than a police constable but are better than the home guards. There are two important things: one, as per the Act, they have certain powers in arresting troublemakers, and in some cases, they can file a complaint. They are trained at police institutes and are trained under me and five to six other IPS officers. 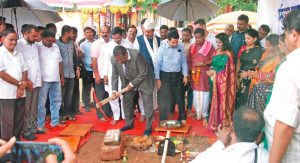 As I mentioned earlier, we do not have our training institute yet, but we have recently been allotted land at Sawantwadi by the State Government and Housing Department. We have started renovating the structure which can accommodate 250-300 recruits. Once the work is completed, we will have our training institute and train our personnel over there. This will be the first landmark for us.

Could you share with us the various assignments af­ter having joined the IPS? 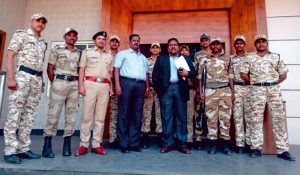 I belong to the 1987-batch Maharashtra cadre. I completed my training from Jalgaon district. I was first posted as Assistant Superintendent of Police (ASP) in Sironcha, a city 250 km away from Gadchiroli Police Headquarters. I was then promoted and appointed Additional Superintendent of Police, Kolhapur. I have served in various parts of the State. I have served in Mumbai on two to three assignments under several leaders. I was on deputation for four years to the Government of India at the Intelligence Bureau, of which I spent two years in Delhi and two years in Manipur in North East India.

What was your experience at the IB? Would you like to share some of the important cases you handled?

I was posted in one of the most sensitive places. Manipur insurgency is one of the most complicated insurgencies in the country. Manipur has had a long record of insurgencies and inter-ethnic violence with many insurgent groups forming each with different goals, deriving support from the diverse ethnic groups in the State. An attempt was made on my life; thankfully, I escaped unscathed. But I enjoyed my deputation there. It was a good experience for me.

Another memorable case was when I was posted at Gadchiroli as Assistant Superintendent of Police (ASP) The local MLA was kidnapped, and as a team, we were successful in rescuing him, unharmed, within 18 days. 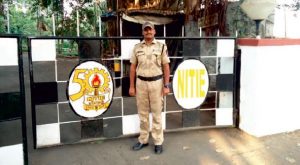 When I was the Joint Commissioner of Police, Nagpur, I had to deal with the very complicated case of Baba Mustafa. When he died, his followers wanted to take his body for burial, but for whatever reason, they did not bury him. They brought his body to a residential area and later demanded that he be buried in the school premises; leading to many objections. Curfew was imposed in the area. Much later, as per the order from the High Court, the body was taken back to the burial ground to complete the last rites. This case went on for around 40 days. Being the Jt. CP, I had to be present on the spot during the entire episode.

What is the ratio of women and men in your Corporation? 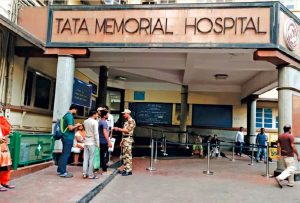 What are the initiatives you have taken under your leadership in MSSC? 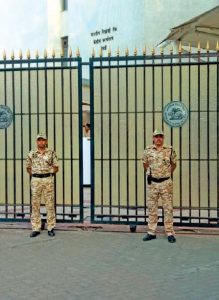 Earlier, the personnel were given a bonus, but it was discontinued. After taking over, I wanted to do something more to boost their morale and motivate them. I resumed the bonus according to the personnel’s performance. They were very happy with the resumption. Apart from this, we invite elite personalities from time to time to deliver lectures on much-needed subjects like stress management and work-related issues. We provide necessary uniform and equipment for our personnel who are posted in remote areas as we do not want them to be lacking in anything that will hamper their work. I have also made it a point to post my officials close to their home towns. It is not possible to do so for all cases, but we try our level best and find a solution. We want to take good care of all of them the way they are providing security and good service to all our clients. 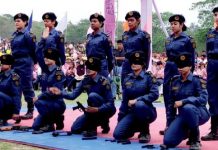