Children of policemen were also felicitated for academic excellence along with their parents. Bengaluru City Police wishes them a very bright future and assures them all the possible support.

Commissioner Kamal Panth attended the ‘Maasika Janasamparka Divasa’ to interact with the citizens & address their grievances. Some glimpses from the meeting…

The Bengaluru city police acknowledged and expressed gratitude towards the contribution of fellow Canine warriors for their selfless service on #internationaldogday. These comrades can smell through walls, see in the dark, and thwart all possible threats with courage and dedication. They are a huge support to their human counterparts. 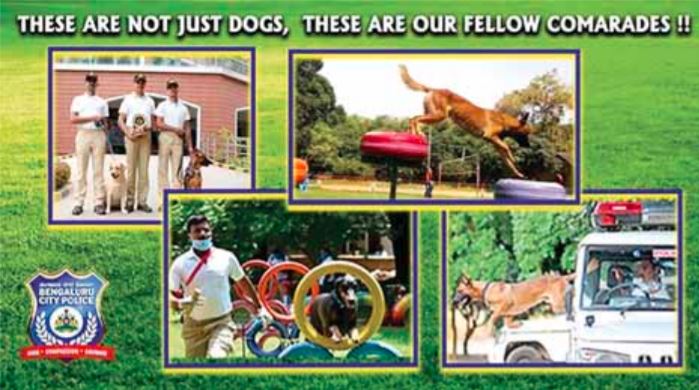 A property parade was held in the presence of Hon’ble Home Minister Araga Jnanendra. About 27 Kg of gold ornaments worth ₹56 Cr, mobile phones, electronic items were recovered and exhibited by the Bengaluru city police.

In a few cases, gold ornaments and a car were returned to the complainants.

Cash rewards of ₹16.58 lakh rupees were given to 443 Bengaluru City Police personnel for their remarkable work.

Commissioner of Police, Bengaluru City presided over the oath-taking ceremony of new Traffic Wardens with DCP Traffic West Division. These 132 new wardens are trained in various aspects of traffic management.

A hearty welcome to the Bengaluru city traffic family. All the best! 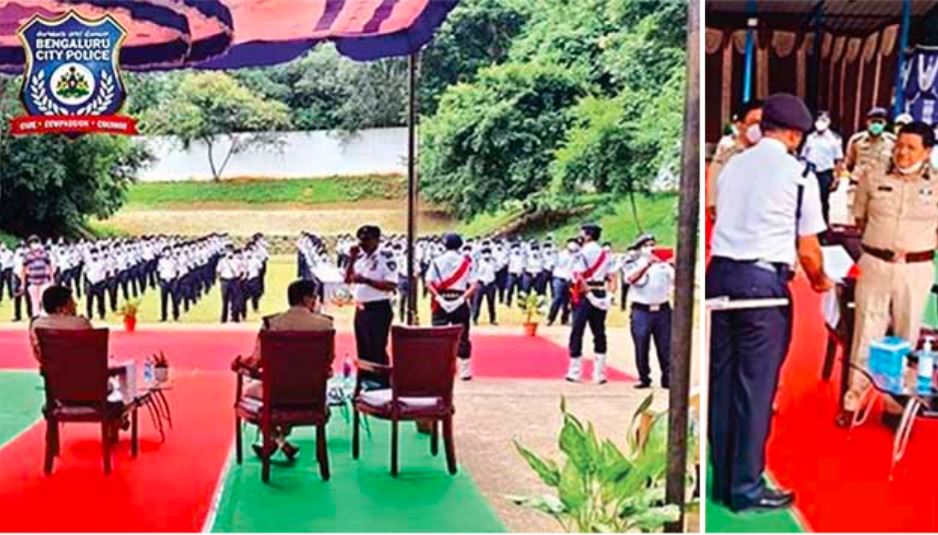 Blood donation is an act of kindness. It was a heartening sight to see officers of all ranks of Bengaluru City Police donating blood to the needy. 75 officers & staff of the west division joined hands with SEDT & Lions Blood Bank to donate blood for the child patients at Kidwai Cancer Institute.

315 CPCs including 43 women Bengaluru City Police PCs and Bengaluru Traffic Police PCs were promoted to the rank of CHCs. Congratulations & best wishes to all the personnel!