We know diabetes as too much of sugar in the blood. But is that all there is to it? Unfortunately that’s not the be all and end all of it. It is true that diabetes, which is excess of sugar inside the body, is only a part of the problem that needs to be dealt with. Diabetes (especially Type 2 diabetes, the most common or garden variety) unfortunately is entwined with some other ailments, which makes the matter worse or more complicated. Take for example; the presence of high blood pressure (or hypertension in technical term), which is rather quite common in people with diabetes, makes the risk of having a heart attack or damage to the kidneys many times more. In fact, people with diabetes not only gets the heart attack much more commonly it is usually more severe as well making it all the more dangerous. Coupled with it, if the person also has got increased cholesterol (a type of fatty substance that goes around in the blood) makes the heart attack risk all the more common by a several fold. Therefore while we need to concentrate on the sugar front in a person with diabetes, that surely is not the only issue that needs to be dealt with. 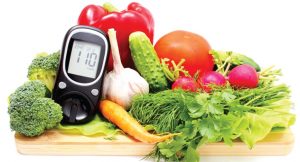 Let’s take the example of high blood pressure. High BP increases the chances of having damage to the kidneys, especially in presence of diabetes. People with Type 2 diabetes (the adult onset variety) are known to develop minor kidney problems without any symptoms. Only sophisticated tests reveal that the diabetes and high BP related kidney damage has already started, and here one needs to concentrate on sugar and probably more importantly on high BP. Because the damage can be reversed at this stage to normalcy if both sugar and BP is well controlled. Similar situation exists in the heart front. High BP damages the heart to a similar extent of high sugar. And here the importance of high BP control along with lipids hold a tremendous importance in preventing heart attack in the first place and preventing a second one in a person who have already sustained a heart attack. 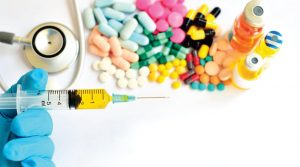 The story of lipid (fatty substances in the blood) is of immense importance especially in the case of prevention of heart attack. There are various types of lipid fractions in the blood. The most important part is called cholesterol. And cholesterol also has got sub fractions, the good cholesterol(HDL cholesterol) and the bad cholesterol (LDL cholesterol) fraction sub serving different functions in increasing the rate of heart attack (the names are good enough to indicate their function). While it may be easy to control the lipid parameters with medicines, it is very important to appreciate the role of diet and exercise in managing the lipids as well. Regular exercise improves the HDL cholesterol and reduces the rate of heart attack. It is also important to appreciate that people with diabetes despite having normal level of cholesterol in their blood are at higher risk compared to a person without diabetes. Recent discoveries had given us enough evidence in hand to suggest that most people with diabetes would need to have cholesterol-lowering medication despite their cholesterol being in the normal range to reduce the risk of oncoming heart attack.

In short, people with diabetes need to have multipronged attack to prevent the complications and need medications other than sugar control. So can we say, sugar is beyond sugar and to keep them healthy, we have to think beyond sugar.