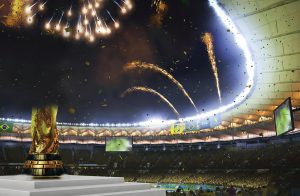 “Successful hosting of the event can not be the only objective of the event. Under-17 World Cup should be a catalyst for change which is possible only by creating a mass movement around it. Our objective should be to provide an opportunity to every child to play football,” said the Hon’ble Prime Minister while discussing about the event.

A legacy programme of FIFA Under-17 World Cup “Mission XI Million” has been initiated as a school contact initiative, leading upto Under-17 World Cup in October. It aims to evolve into India’s biggest sport activity ever and leave a lasting legacy for the first FIFA tournament in India.

“Mission XI Million” has been planned to take the beautiful game of football to at least 11 million boys and girls around the country. It is the desire of the Hon’ble Prime Minister that in addition to supporting the children, every parent & teacher should encourage children to play football and develop both skill and fitness.

In pursuance of the same, the Western Sector of the Central Industrial Security Force (CISF) under the aegis of the All India Police Sports Control Board successfully conducted the curtain raiser for the first phase of OORJA-2017 at Press Hall, Cooperage stadium, M. K.Road, Mumbai on April 28. 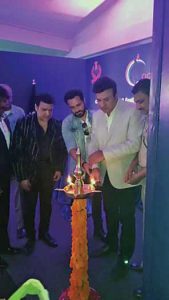 The event kicked off in the presence of eminent guests from the field of sports and bollywood. Actor Emran Hashmi is the Brand Ambassador of OORJA-2017 in the western sector. He raised the curtain to the event, exhibiting hope and creating fervor for football. He stressed on the need for football to be played by the youth and encouraging the sport prominently, like other sports.

Also, present at the event was Dhanraj Pillay, ex-Indian Hockey Captain as a special guest along with Anu Malik-Music Composer.

Coming together of celebrities for the grand opening of the curtain raiser only reinforced the goal and commitment to take forward the vision of our Prime Minister to help reach football to 11 million boys & girls in India. Anu Malik lauded the efforts of CISF at airports and expressed his solidarity with CISF personnel.

Cinestar and ex -MP Govinda, also graced the occasion of curtain raiser as a Guest of Honor. The chief guest, an Olympian footballer, S.S.Narayan who has taken Indian Football to great heights also wished good luck to the younger generation of footballers. Dhanraj Pillay advised the youngsters to follow their dreams with passion.

The presence of eminent personalities and senior CISF officers at the curtain raiser of OORJA-2017 added to the energy and glamour. 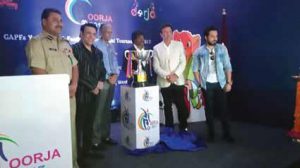 The objective of the tournament is to be a part of Mission XI Million, create passion for football among the youth of India, select promising players to represent our country in the Asian Championship, recruit young and emerging players in CAPFs (Central Armed Police Forces). The U-19 Football tournament is jointly organized by the following CAPFs i.e. CRPF, BSF, CISF, SSB, ITBP and Assam Rifles under the aegis of All India Police Sports Control Board.

In case, the required numbers of team members are not available in any of the above categories, the shortfall shall be met from other categories, which will have to be justified by the Organizing Committee of the State/UT in writing. All the eight teams will be divided into two pools/groups and they will play the finals of 1st phase. The number of matches would be 32 (16 for boys & 16 for girls). 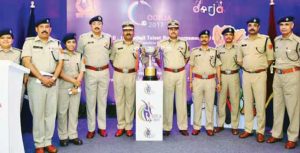 The selected teams (boys and girls) representing BSF– Andaman & Nicobar Islands in the 2nd phase will play in Goa from 8th June 2017 to 25th June 2017. The teams will undergo practice sessions from 20th May to 6th June 2017.

The 3rd/Final phase of the tournament will be held at Delhi from 8th July to 25th July 2017. The winners of the 3rd phase will be crowned with National Champion of OORJA– CAPFs Youth Under-19 Football Talent Hunt Tournament– a PM Initiative.

Prizes in the 3rd phase will be: Winner team– Rs. 5,00,000/-; Runner up team– Rs.3,00,000/-; Hardliner team– Rs.2,00,000/-. A Running Trophy will be bestowed on the winners of the 3rd phase. The same will be named after a renowned football player of the country. In addition, there will be trophies/prizes for Best Player of the Tournament, Best Goalkeeper and Top Scorer.